LONDON — Mid-June saw Turkey open applications for its first ever solar support programme, with licenses for up to 600 MW of capacity set to be issued across 27 regions.

The move follows the introduction of a feed-in tariff scheme — the Regulation on Certification and Support of Renewable Energy Resources — by the country’s Energy Market Regulatory Authority (EMRA) back in July 2011 and a license application process which was launched in May of the following year.

Ekin Inal, a senior associate with the Istanbul-based law firm Çigdemtekin Sahbaz Avukatlik Ortakligi explains that the renewable energy law, as amended to pro­vide a feed-in tariff for generators who opt in, also provides other benefits, such as reduced costs in accessing and using state-owned land and grid connection priority. Renewable generators are also largely exempt from license application fees and annual license fees.

Under the terms of the new law, developers holding a generation license — potential generators are obliged to obtain a Renewable Energy Resource Certificate — whose renewable energy-based facilities are operational between mid-May 2005 and the end of December 2015 may benefit from the support mechanism for a minimum period of 10 years, starting from the date of operation. The scheme lasts for a maximum of 49 years.

The new electricity market law also introduced a number of other changes, Inal  adds, including a pre-licensing mechanism. Going forward, each genera­tor will be issued a preliminary license during the pre-construction stage that will be replaced by a permanent license at the beginning of construction.

License applications must pertain to a specific site and during the pre-licensing period of two years, the generator must obtain the required permits, approvals and licenses to start con­struction.

In a bid to accelerate the licencing process, in late March 2013 the Directorate shortened the evaluation process following the mea­surement period from 30 days to 10.

Although it has not set out technology preferences, meaning license holders are free to choose either photovoltaic or concentrating solar power technologies, EMRA did include a number of terms and conditions for licensing. For instance, a maximum of two hectares can be allocated per MW while the total annual solar radiation must be 1,620 kWh/m2 or more. Agricultural land has not been made available for solar projects qualifying under the scheme.

Considering some technical constraints, the total installed capacity of the supported generation facilities based on solar power to be connected to the transmission system shall initially not exceed 600 MW through to the end of this year, EMRA says. However, they add that the Board of Ministers is entitled revise this decision after then.  The actual licenses under this first phase are expected to be awarded in the first half of 2014.

Qualifying solar power plants are guaranteed a minimum feed-in tariff of US$133/MWh and coupled with a number of provisions to support domestic manufacturing this support can reach as much as $200/MWh in photovoltaic plants and $225/MWh in concentrating solar plants. The incentives for using domes­tically-manufactured components are available for five years after a project commences operation.

Inal says: “Under the new regime, bidders will bid to pay TEIAS an amount per megawatt of capacity for the license, and TEIAS will award the license to the bidder offering the highest price. The price offered by the suc­cessful bidder will be paid to TEIAS within three years (at the latest) after the plant goes oper­ational. If there are no compet­ing bids for the same area or substation, then applicants pro­ceed with the licensing and interconnection formalities.

“Generators that do not opt into the renewable energy support mechanism will sell the power to the national grid or through bilateral trading acting through the Market Financial Settlement Center operated by the state-owned electricity transmission company TEIAS.

TEIAS itself is due to be taken over by the Energy Market Operation Co. or EPIAS, the new energy trading exchange, which is expected to be opera­tional within the next few months.”

Electricity demand in Turkey is growing at an annual rate of almost 8 percent and currently the country is highly dependent on fossil-based imports to meet its burgeoning energy needs.

As Hotar explains: “Given the strongly growing energy demand in Turkey, we expect PV installed at or near the electricity users to drive very dramatic growth by PV installations, reaching multiple GWp annually within the next three years.”

An example of a recent commercial development along these lines comes from Adana Cement, which has constructed a 499-kW PV project near a number of its production sites. Claiming the title of the first solar power plant to be approved by distribution grid operator TEDAS, the bid for the plant was conducted in July 2012 and operations began in May 2013. 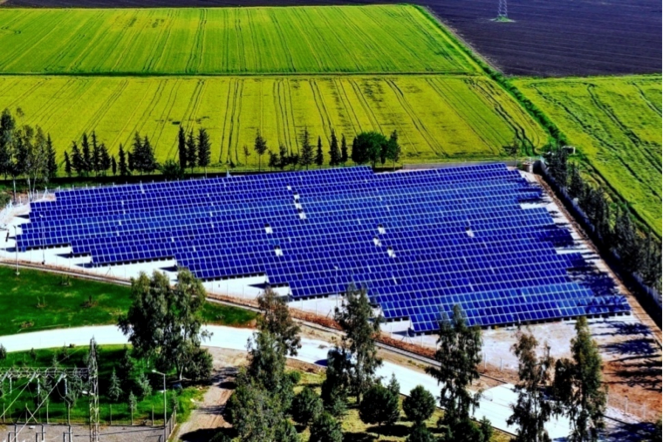 A total of 2088 polycrystalline modules manufactured by Zhejang University Sunny Energy and 30 SMA inverter units are used in the plant. The system is connected to the Adana Cement Plant line and the return on the investment is estimated at 11 years.

However, Hotar also warns of challenges which need to be overcome for Turkey to meet its solar PV potential. Next to a stabilization of the fast changing regulatory framework, says Hotar, long term project debt financing will be an issue given the limited tenor (typically not longer than seven years) and high interest costs as the cost of capital is the most significant cash cost item over the lifetime of a PV plant.

Despite such challenges and although the Turkish renewable energy market has focused more on hydropower and wind to date, there is nonetheless signifi­cant solar power potential, theoretically estimated at some 380 TWh with an annual solar insolation of around 2,640 hours.

As Inal says:  “Given that much of this potential is expected to remain untapped after the first round of bids and the large num­ber of interested parties, this indicates a genuine interest in Turkey’s solar resources.”

Inal argues that there is no real logic behind this initial 600-MW figure: “No-one really knows why this is so limited in the beginning. Approximately 9 GW of licence applications have been submitted.”

Indeed she contends that, overall, the countrywide total solar power capacity is expected to reach up to 3,000 MW by 2023 and “maybe even more from the high number of applicants that we have seen.”

Given the evidence, there’s every reason to believe it.