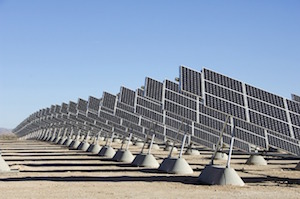 Speaking during SunPower’s 4Q16 earnings conference call, Werner said that “energy policy is a key driver for the solar industry, and there is significant speculation related to the potential changes in the U.S. policy by the new administration.”

He added that the company has based its 2017-2018 business plan on a few key assumptions.

SunPower does not expect a change in the current investment tax credit policy structure, and it does not believe that the Clean Power Plan will be implemented, Werner said. The company, however, does expect “some type of corporate tax reform over the next 12 to 18 months,” he added.

“Given the number of different tax policies being discussed, it would be premature for us to speculate on specifics,” he said, “However, we believe that our diversified market and application portfolio helps mitigate policy risk.”

According to Werner, residential demand is solid in SunPower’s key markets, but overall market growth has slowed in California.

Despite the current climate in the state, Werner said that SunPower is “encouraged to see an increasing commitment by schools and public agencies in California to invest in renewable energy, supported by state policy, which allocates over $40 billion in local bond funds towards modernization and new construction, including renewable energy infrastructure.”

He said that SunPower sold approximately 400 MW in projects, including majority stakes in the Stanford Turlock Irrigation and Boulder Solar I projects.

In Latin America, he added, the company continues to build out 850 MW of PPA projects.

“There are a number of risks in the region, including policy and foreign exchange,” he said. “We are focused on mitigating these risks while bringing most of these projects to completion over the next 18 months.”