The plane took of from Rabat at dawn on Thursday and spent almost one day in the air crossing the desert. Andre Borschberg, the Swiss pilot, said “the flight was magnificent” right before he took the plane down for landing in Ouarzazate late Thursday evening – the same city where the largest concentrated solar power station will be built. Morocco has set an ambitious goal of generating 2000 MW of solar electricity by 2020.

This is not the first time they have tried to fly the Moroccan Desert – just one week ago, on June 13, turbulence forced the pilot to turn around and land safely at where he started.

Together with Borschberg’s fellow inventor Bertrand Piccard, the plane has now been flown Switzerland to Spain to Morocco – the first solar-powered flight between two continents.

The team was speculative on whether the mission would be a success or not, but Borschberg was confident he would arrive and stated the following from the cockpit of the solar-powered airplane:

“The sky is magnificently beautiful and I am pretty confident of arriving at the destination,”

“I can see far away the Moroccan coast in a superb blue … Today everything seems possible. In Ouarzazate, the weather forecast is good,” 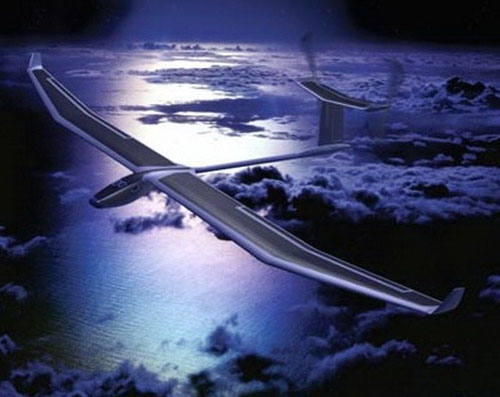 The aircraft has the same wingspan as that of a jumbo jet, but does not weigh more than what a typical car does. The weight is key in order to keep the plane in the air – taken that it is only powered by solar cells (12 000 of them!)

The overall flight from Rabat to Ouarzazate, 340 miles, took 17 hours total. The project, composed by Solar Impulse and the Moroccan agency for solar energy (Mason), is actually only a rehearsal for round-the-world trip in 2014, where a newer and better version of the plane will be in place.

Mathias is doing a Masters in Energy Engineering. In his spare time he writes about solar panels at Energy Informative.