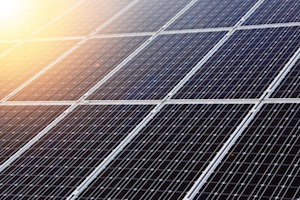 According to most analysts 2016 will shake out to be a very good year for solar in terms of deployment and expansion. Installed capacity worldwide will most likely top 70 GW.

In 2016 PV module prices dropped again mostly due a glut of Chinese made modules that entered the market unexpectedly. According to a recent U.S. DOE SunShot report, analysts have reported modules quotes between $.40 and $.50 per watt and some in the industry have seen quotes below $.40 for 2017 delivery. 2016 also saw record low tenders for projects in India, Dubai and Chile.

“Solar has moved to a point where its competitive with traditional other power options,” said Brian Carey, US Cleantech Advisory Leader at PwC in an interview.

David Feldman, Senior Financial Analyst with the National Renewable Energy Laboratory (NREL), said that he wouldn’t be surprised if 2017 was a good year, given the fact that panel prices are dropping so rapidly and people are pushing for aggressive costs.

“I could see that translating into very low system prices,” he said adding “if you think about the fact that solar is locking in electricity for the next 20-30 years it looks very competitive to other sources of generation in the long term.”

Analysts interviewed by Renewable Energy World favored India as the top market for growth in 2017. The U.S. came in second followed by Africa, the Middle East and China and Mexico, which are all viewed a growth markets for 2017. Japan, Germany, Australia, and the UK will likely stay flat or contract in 2017 according to the analysts. 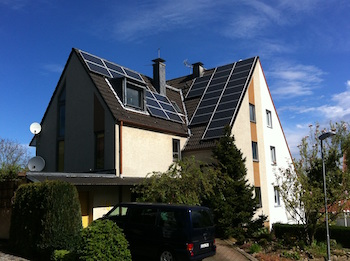 “The U.S. has moved into one of the top positions in terms of leaders in the industry but there are a lot of other countries that are ahead of the U.S. both in terms of total cumulative installed capacity and also annual installations,” said Feldman.

Growth in India and China is being fueled by the government’s desire to expand solar capacity in the country. In fact, according to SPV Chief Market Research Analyst Paula Mints all solar growth is “either government funded, subsidized, incentivized or mandated.” (See sidebar, Debt-fueled Growth)

“India is government mandated growth and developers are shoving everything they can into the ground,” said Paula Mints, Chief Market Research Analyst with SPV Market Research.

Looking at the solar market a different way, analysts expect to see utility-scale projects dominate the PV market with the commercial and industrial (C&I) sector coming in at a close second. Uncertainty around net-metering means that sector will grow the least amount, according to analysts. Although residential will still be a growth sector overall.

NREL’s Feldman agrees. “I think the biggest threat to further solar deployment is at the distributed level and has to do with state laws dealing with net metering,” he said in an interview.

Most analysts aren’t expecting a new or groundbreaking solar technology to hit the market in 2017. Instead module makers are upping their timelines for improved module efficiency to offer advanced technology that can deliver in this low-pricing environment.

“Because of the rapid reduction in pricing, companies have started to significantly push their roadmaps forward, said Feldman. Indeed, First Solar announced in November that it was scrapping production of its Series 5 modules and will spend 2017 focusing on manufacturing the Series 6 – its most efficient module yet.

In addition, in 2017, utilities and companies will continue to explore how they can improve the economics of solar through grid enhancements.

“I don’t think it’s going to be next year but in the next 10 years there is going to be an emphasis on demand response/battery management,” said Feldman. He expects to see more integrated technologies that are going to work alongside PV and believes there will be more implementation of these types of solutions globally in 2017.

“It’s not going to take over but it will be a nice new thing that PV can provide,” he said, adding that certain markets with high-penetration of solar such as Europe, Japan, California and Hawaii will more proactively explore these new services that PV could provide.

While in the U.S. the Trump administration will mostly likely undo the country’s commitment to the Paris Agreement, all signs indicate that most other countries will stand firm in their commitment to it, and that could be a good thing for solar, said Feldman.

“Solar is one of the best options for that for carbon reduction in certain places,” he said.

Even in the U.S. analysts are not overly concerned that a new president could stop the growth of solar at least not for 2017. The Clean Power Plan is one regulation that is on the chopping block but that wasn’t supposed to go into effect until 2020.

“I think the train has already left the station,” said PwC’s Carey, adding “the market is moving forward.”

Could the new administration remove tax favorable clean energy tax credits? Yes, but since they were enacted by congress, it would take another act of congress to undo them, something Feldman doesn’t see likely to happen. In fact, there is some thought that the threat of possible near-term changes to tax credits or depreciation could add some urgency to solar development in the U.S. — that very same urgency that was lessened a bit when the tax credit extension was passed late in 2015.

“One could imagine that it might shorten people’s timelines,” said Feldman.

Carey pointed out two important recent trends that could lead to significant clean energy growth in 2017. The first is that the number of infrastructure firms investing in renewables has increased.  PwC noted that more than more than half of the large infrastructure funds allocated money to renewable energy in Q1 of 2016. He said 69 percent of the funds invested in energy overall and 52 percent invested in renewables.  According to Carey there is more than $100B in money that has been raised but not allocated yet and that is an “all-time high.”

“We can expect to see a lot of that going into renewables,” he said.

The second major trend is corporate commitment to renewable energy. In late 2016, Google announced that it would be powered 100 percent by renewables in 2017. According to the RE100, 82 other companies have made that same commitment so far. These are global companies from Europe, the U.S., India, China, and the UK.

According to Paula Mints, Chief Market Research Analyst with SPV Market Research, if you sit down and think about the way solar is operating, the unprofitability up and down the supply chain, it will make your head explode.

“Nobody is making money,” she said.

Mints is concerned that the solar industry is unsustainable because the whole industry is supported by government incentives or mandates and that is partly to blame for companies underbidding on projects.

“The only way it’s being able to operate this way is because of government funding, which by the way, is the same for conventional energy,” she pointed out in an interview.

Her big concern is what happens when governments decide to step away.

“At some point the Chinese government might just say ‘forget it, that’s it,’” she said, which is what happened when the FIT dropped in China over the summer and module prices began their downward spiral.

“It’s a shame that our expectation about any good is that it is going to get ever cheaper. While it’s true that most goods do become more affordable with time, they have to be affordable with a margin for an industry to be sustainable or you see companies just getting out of the business because it doesn’t pay.”