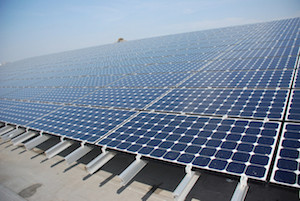 The Board of Directors of Shunfeng International Clean Energy Ltd. (SICE) yesterday said that Atlanta-based solar cell and module manufacturer Suniva filed a voluntary Chapter 11 petition for relief under the U.S. bankruptcy code.

SICE holds a 63 percent equity interest in Suniva. The company said that competition in the solar product market in the U.S. “has become fierce,” and Suniva’s business was affected by the “continuous import” of modules from other manufacturers in southeast Asia at a decreasing cost.

Suniva, as a result of those market conditions, recorded a loss last year.

News reports earlier this month indicated that the company had laid off about 200 employees and closed its manufacturing plant in Saginaw, Mich.

Solar firm Sungevity last month filed for bankruptcy — another in a growing group of solar companies that have struggled in the U.S. market. Sungevity, in a March 29 blog post, said that its goal for the Chapter 11 reorganization is to recapitalize the company and emerge stronger and more competitive. The company said that it is not shutting down any of its operations.