More
Home Solar Solar Manufacturing: To Compete or Not To Compete 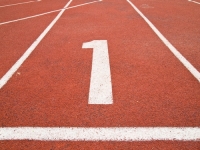 WASHINGTON, D.C. — Last year, the global market for clean, renewable energies reached a record $260 billion – and is expected to grow into the trillions over the next 20 years. Solar manufacturing in particular is growing dramatically in the United States and around the world. In fact, according to the Solar Energy Industry Association, America’s solar industry now employs 100,000 workers – doubling since 2009.

The question is no longer whether America will be a major customer for the solar industry – we will. The real question is whether the U.S. will also continue to be a major manufacturer of solar technology, producing many new jobs for American workers.

Some in Washington believe that the United States cannot, or should not, compete with China when it comes to solar manufacturing – and aren’t willing to make any investments or take on any risks to win the global clean energy manufacturing race. Meanwhile, China offered more than $30 billion in government backed loans to its solar manufacturing companies in 2010 alone and is surging to capture roughly half the market. That’s because China realizes this is a huge global market and a competition worth winning.

We respectfully disagree with those who are willing to cede thousands of high paying jobs and the innovations to come over the next decade and beyond to our competitors in China and around the world. Americans invented solar technology, and with the right support our companies can out-innovate and out-build any competitor, anywhere in the world.

But we also know that our competitors are not simply going to cede that fight to us, and that the global solar manufacturing industry is facing market conditions that are straining even the strongest of our global competitors. In such an intense competition and with the price declining 47 percent last year alone, not every company, nor every investment, will be a success – but America will be stronger and more competitive if we continue to support and build a thriving solar industry here at home.

Through our Loan Program, the Department is working to answer the challenge from China and others by supporting a large number of solar projects. The vast majority of those are power generating projects that benefit from falling prices for solar panels and – as the Independent Report by Herb Allison noted earlier this year – carry very limited risk to the taxpayer because they have firm contracts in place with utilities to buy the power they produce.

Of our total loan portfolio, about 35% was for solar generating projects – which benefit from falling prices – while less than 4% was for solar manufacturers, an industry that is suffering around the world from the steeper than expected collapse of pricing for solar modules, which has been driven in part by what the Commerce Department has found to be unfair practices by competitors in China.

Next week, Abound Solar, a startup company that borrowed $70 million through the Department’s loan program, will close its doors and file for bankruptcy. Abound was an innovative manufacturer of next-generation, cadmium telluride thin-film photovoltaic modules that had developed and demonstrated a process for producing thin-film solar panels at a cost that was expected to be substantially less than traditional solar panels. When the cost of polysilicon was high, Abound’s technology offered the promise of a lower cost alternative that would be built here the United States.

In 2007, the Department awarded the company a grant to support a pilot project to demonstrate the viability of its manufacturing process.  In December 2010, the Department issued a loan guarantee to support the construction of two commercial scale plants: one in Longmont, Colorado and a second new facility in Tipton, Indiana. The Tipton facility was an abandoned auto parts manufacturing facility that Governor Mitch Daniels wanted to help convert to solar manufacturing.

The company received widespread support, including from members of Congress and Senators from both parties and the private sector. As of December 2011, Abound had raised more than $300 million in private equity financing. Its backers included large and established energy investors — including BP Alternative Energy, the Invus Group, DCM and others.

When the floor fell out on the price of solar panels, Abound’s product was no longer cost competitive. As a result, the company was unable to meet some of the financial milestones built into the loan agreement to protect the taxpayers and – in September 2011 – the Department halted disbursements on the loan. Of the $400 million that Abound was originally approved for, the Department only lent the company less than $70 million.

While disappointing, this outcome reflects the basic fact that investing in innovative companies – as Congress intended the Department to do when it established the program – carries some risk. As Herb Allison noted in his report earlier this year, the solar manufacturing projects in the loan portfolio carry increased risk as compared to other projects in the portfolio. But those risks are taken into account by the loan-loss reserve established by Congress to offset losses. For projects like this, the Allison report estimated that the credit subsidy amount computed for projects like Abound was approximately 24% of the total loan origination amount.

Finally, as Allison’s report also noted, our loans are not static entities. The Department has tools in place to reduce the risk associated with the projects they support. In fact, those tools are the reason Abound was not able to draw down the full loan amount.

This effort has seen many successes as well as a few setbacks, but one thing is clear: America must continue playing to win in the clean energy race. We need not allow our dependence on foreign oil to be followed with a dependence on foreign solar panels and wind turbines.  Instead, we can and must fight to ensure that the next generation of solar panels is invented in America by American innovators, built in America by American workers, and sold around the world.