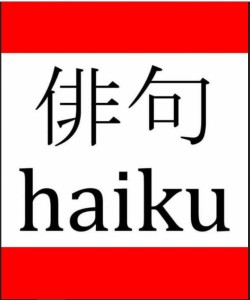 In June 2015, PV and ME published a blog post aimed at you. It requested your submissions of solar stories – but told in tales of just SIX WORDS.

The response was underwhelming — only four offerings from two people.

And Cathy Sims boiled solar down to its financial essence:
Sun won’t send you a bill

Now PV and ME has decided to return to the idea of your submissions, paring down solar to its soul — this time not only in SIX WORDS, but also as HAIKU.

Haiku, as many of you know, is a form of Japanese poetry, traditionally telling poetic thoughts in a verse of 17 syllables, divided into three lines of 5-7-5 syllables. An example of a haiku on the solar theme could be:

the sun is solar
the rays awaken panels
and inverters hum

Or perhaps of a technical nature:

So this time, “overwhelm” PV and ME with tales of solar in SIX WORDS or in the poetry of HAIKU.

(Six words):
William P. Hirshman, PV and ME
(Haiku):
william p. hirshman
but what is his middle name?
submit tales – he tells