More
Home Solar Solar in America: Why Are We Celebrating? 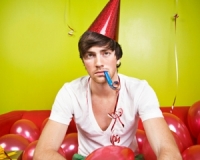 For the past 6 years I’ve been following the development of the solar industry, particularly PV, in the United States. While I’m inspired by some of the ideas and innovations I’m seeing, such as the emergence of solar leasing, the Federal ITC and Loan Guarantees, and the continuing reductions overall cost of solar panels and complete solar systems, I’m still not satisfied, and frankly a little disappointed with our progress to date. Why are our most visible industry champions so happy these days?

I’m writing this while sitting at a Starbucks in Davis Square in Somerville Massachusetts outside of Boston, taking an occasional moment to gaze out the window at the passersby on this beautiful warm sunny day, one of the first of the year after a brutal winter.

There’s lots of great energy here; young entrepreneurs working on business plans and talking over deals, students hard at work learning about science and technology, and generally expanding their minds to meet the challenges of the day. It’s a beautiful thing. So much advancement is happening already and there’s bound to be more to come given the brain power and inspiration in the energy sector. Great things are sure to keep coming.

Still as I write this, I can’t help but feel disappointed. Earlier today I watched a replay of Rhone Resch’s keynote speech at the PV America Conference last week, the tone of which was strikingly upbeat, with a celebratory tone throughout. In short, more of the same message that we’ve heard from SEIA in each of the past six years.

The highlights of the speech were all about the growth of solar in the US: 102% growth in 2010 installations, to 878 MW, almost 100% growth in cell and module manufacturing, as well as the finding that 74% of the value of a domestic solar installation remains in the US, even if Chinese solar panels and other foreign solar equipment is used.

Great news for solar and for the American economy, right? Not necessarily.

While triple-digit growth in any industry is nothing to sneeze at, I don’t think it’s time to act like we’ve won anything.

While the US economy grew at a mediocre 2.9% last year, solar was flying high. In fact it’s been mentioned that PV is the fastest growing industry in America right now. Then why then can’t we accomplish what any functional industry would?

While a number of states have crafted good solar policies, we still don’t have major influence at the federal, state, and municipal levels. And the hot-button issues associated with cutting state budgets in 2011 may leave many solar programs out in the cold.

We like to think that solar is becoming mainstream, but every day I meet people who don’t know what solar is. “Does it work?” they ask. I live in a progressive, highly educated area of the Northeast, with strong support for the cleantech industries; this is more tragic than grounds for celebration.

Perhaps the biggest tragedy is the lack of renewed political attention to solar after the energy disasters of 2010/2011.

We saw the largest oil spill in US history; a coal mine collapse that killed 29 and made public numerous safety violations; and today we face the fallout of a nuclear meltdown that has contaminated food and water supplies, and displaced hundreds of families.  Of course, such disasters are forgotten about shortly after they happen. Until they happen again.

Still, BP and Massey Energy’s stock valuations are already fully recovered. In fact, Massey is on quite a tear of late. Deep water drilling in the gulf is back online and we’ve heard almost nothing of the 4,600 mine safety violations uncovered since the US stepped up investigations after the Massey disaster. Add to this the “sudden” finding that natural gas fracking has been poisoning water and food supplies, and you’d expect to see solar on a stratospheric growth curve.

So why are we patting ourselves on the back right now?

This is our time to push harder than we ever have, both politically and in raising public awareness and support. I know that SEIA has done an enormous amount of valuable work on the national level, but congratulating ourselves at this moment is the wrong tactic. I believe we need to be humble about where we stand.

As winter turns to spring, optimism becomes more palpable. But here in Davis Square the sun is shining bright on black tar roofs — not solar PV or solar hot water panels – so there’s nothing to celebrate yet.

Keep pushing, keep innovating, and let’s postpone the celebration for when we truly deserve it.