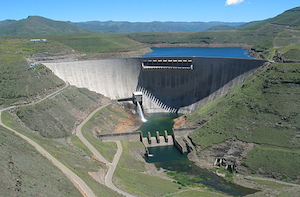 The company has established a partnership with Neo Themis, a power supplier based in Casablanca, Morocco. It’s currently developing about 400 MW of renewable energy and gas-fired projects across Africa and seeks to have 1 GW under construction by 2019.

Projects in the works include 44 MW of hydropower in Ivory Coast and a 50-MW solar plant in Nigeria. The partners are also considering projects in Madagascar and Kenya.

“We work in emerging markets where there’s a real need for more power,” said Scott Mackin, managing partner and head of Denham’s power team, in an interview in London. “Africa is a great example of this, there is so much capital looking for good projects in Africa. It’s definitely a seller’s market.”

Denham’s strategy is to avoid markets with high subsidies and without government support, seeking opportunities in between these two extremes. It has won projects in renewable energy auctions in Brazil and South Africa recently and is generally looking to lock in long-term contracts for power sales.

The private equity firm has invested almost $1 billion into electricity projects to date across Europe, Latin America, Asia and Africa. It has sold 6.5 GW of energy assets with over 70 percent in renewables, typically exiting through sales to strategic buyers such as utilities and other energy companies. SunPower Corp. and SunEdison Inc. are among the companies that have acquired projects from Denham in the past.

“Wind is still going strong in Brazil, but I expect solar to also be a good play,” he said. “Solar PV will become more competitive than wind in Brazil in about two years.”