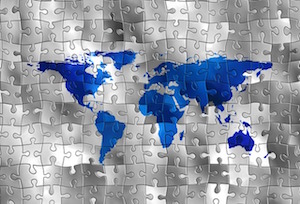 That total is an increase of 18 percent over the previous year, and represents almost half of the total global investment in renewable energy and energy-smart technologies of $334 billion.

Jon Moore, BNEF chief executive, said in a statement that the total investment for 2017 was remarkable considering that capital costs for solar technology continue to fall sharply. Typical utility-scale PV systems, he said, were about 25 percent cheaper per megawatt last year than they were two years earlier, when global investments in renewables and clean tech reached a record $360.3 billion.

About half the total global investment in solar in 2017 was spent in China.

“China installed about 20 GW more solar capacity in 2017 than BNEF forecast, according to Justin Wu, head of Asia-Pacific for BNEF. Wu said that increase happened for two reasons; “first, despite a growing subsidy burden and worsening power curtailment, China’s regulators, under pressure from the industry, were slow to curb build of utility-scale projects outside allocated government quotas. Developers of these projects are assuming they will be allocated subsidy in future years.

“Second, the cost of solar continues to fall in China, and more projects are being deployed on rooftops, in industrial parks or at other distributed locales. These systems are not limited by the government quota. Large energy consumers in China are now installing solar panels to meet their own demand, with a minimal premium subsidy.”

Overall, BNEF said that Chinese investment in all the clean energy technologies was a record $132.6 billion. The next biggest investing country was the U.S., at $56.9 billion, up 1 percent over 2016.

Below are additional 2017 totals for other countries investing $1 billion-plus in clean energy:

After solar, BNEF said that wind power was the second-biggest sector for investment in 2017, at $107.2 billion. That total was down 12 percent over 2016 levels. The third-biggest sector was energy-smart technologies, where, BNEF said, asset finance of smart meters and battery storage, and equity-raising by specialist companies in smart grid, efficiency, storage and electric vehicles, reached $48.8 billion in 2017, up 7 percent on the previous year and the highest ever.