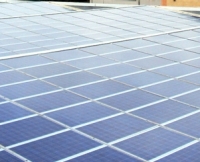 Nashua, NH — Responding to projections that the solar panel module overcapacity will continue for at least another year, solar equipment maker GT Advanced Technologies today announced a restructuring plan. The company will lay off approximately 25 percent of its workforce and consolidate its existing business units into a single Crystal Growth Systems (CGS) group.

The company said that when fully implemented, the restructuring would save approximately $13 million in annualized expenses. GT expects to record restructuring charges associated with these actions in the amount of approximately $4.2 million in the December quarter. More details and commentary will be offered at the company’s Q3 earnings conference call, set to take place on November 7th at 8 AM ET.

GT Advanced Technologies CEO Tom Gutierrez, who previously testified in front of Congress in opposition to the anti-dumping and countervailing tariffs, said in a statement that the company’s Asian customers are facing “severe financial difficulties brought on by a number of economic and trade-related challenges.”

He said that his company is “not immune to these headwinds” and that these actions will help it “prepare for what is likely to be a challenging 2013.”

Gutierrez said he expects to see the solar industry turn around in the long term, “driven in large part by the adoption of new technologies that provide critical cost reductions.”

On October 3, Gutierrez testified before the U.S. International Trade Commission (ITC) to explain what he saw as the “misguided nature of government-imposed solar panel ‘dumping’ tariffs.” In his testimony, he warned that the consequences of imposing tariffs on Chinese module manufacturers might be severe.