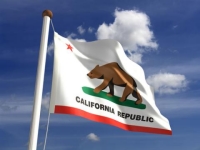 The California legislative session ends this week with lawmakers passing four bills that expand and strengthen the state’s growing solar energy market. Together these pieces of legislation give residents, schools and businesses across the state more ways to participate in, invest in and benefit from our growing solar economy. All four bills now await the Governor’s signature to become law.

Here’s a quick run-down of those 2013 bills that clear the way for continued solar growth in California:

AB 327 (Perea) – Net Metering and Rate Reform: Following intense negotiations and tens of thousands of emails from Californian solar supporters, this much-watched utility rate reform bill passed the Legislature with support from the solar industry, utilities and ratepayer advocates alike. All in all, the bill is a solid win, clearing the way for hundreds of thousands of homes, schools and businesses go solar and lower their electricity bills:

The bill does leave some big unanswered questions that will need to be diligently addressed through implementation at the CPUC:

It’s clear that the work is not done until it’s been fully implemented at the Commission. Bottom line, though, AB 327 makes great strides to provide needed certainty for the growing market and affirms that the state’s lawmakers agree that rooftop solar is here to stay.

SB 43 (Wolk) – Green Tariff Shared Renewables Program: Solar is growing by leaps and bounds in California, but many residents and businesses in the state still can’t go solar today. The traditional panels-on-your-roof approach to solar simply doesn’t work for renters, tenants of multi-unit buildings, property owners with shaded roofs and plenty of others.

SB 43 changes all that. It creates an innovative green power program that allows any customer of our state’s largest utilities — PG&E, SCE, and SDG&E — to purchase up to 100% renewable electricity for their home or business. That clean power would come from small to medium-sized solar and other renewables projects.  Participants would then receive a credit on their utility bill for the clean energy produced. In doing so, SB 43 opens the door for renters and those with shaded roofs to go solar for the first time. Let’s be clear that this program is no ordinary “green tariff.” It’s not just about customers paying more for some RECs produced who knows where. SB 43 is better for two key reasons: 1. It will result in up to 600 MW of new clean energy projects built in California, sized 20 megawatts or less and 2. It provides participants with tangible economic benefits in the form of bill savings over time.

AB 217 (Bradford) – Low-Income Solar Programs. California’s Single-Family Affordable Solar Homes and Multi-Family Affordable Solar Housing (SASH and MASH) rebate programs have proven hugely successful in delivering utility bill savings and solar job opportunities to disadvantaged communities. The first of their kind in the nation, the programs began in 2009 through the California Solar Initiative, funding for which is nearly exhausted. AB 217 extends the two programs through 2021, ensuring that solar will continue delivering economic benefits to the Californians who need them most.

AB 792 (Mullin) – Utility User Tax Exemption: This bill clarifies that all solar customers are exempt from local utility user’s tax on the clean electricity they generate – regardless of the financing model used. In doing so, it creates more tax certainty for Californians who go solar through a third-party PPA financing model, which accounted for more than 70 percent of the state’s residential solar market in 2012.

Thanks to policymaker leadership and a hefty dose of the pioneering spirit that makes the Golden State famous, solar is a real and growing part of California’s energy landscape. California is the nation’s solar power leader with 3,761 Megawatts installed, according to the Solar Energy Industries Association (SEIA). The state currently generates enough clean, reliable solar energy to power more than 800,000 homes. This growing solar industry employs more than 43,700 Californians, according to the Solar Foundation’s National Solar Job Census. This year’s legislative session closes with our lawmakers having clearly reaffirmed their commitment to continued solar success and to connecting Californians with the clean energy they want.