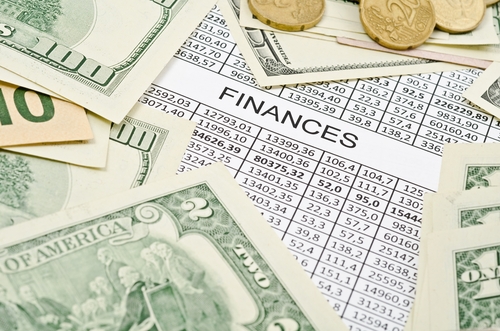 SAN FRANCISCO — A San Francisco startup may win approval as soon as this month to become the first firm allowed to raise money for solar-power projects as a REIT, the financing vehicle used in $637 billion of U.S. property ventures.

Renewable Energy Trust Capital Inc., led by a former Moody’s Investors Service chief executive officer, has asked the U.S. Internal Revenue Service to classify solar farms as the type of “real property” that may be included in real estate investment trusts, or REITs. A ruling is imminent, according to Kelly Kogan, an attorney with Chadbourne & Parke LLP, which advises financiers on REITs.

A favorable decision may open the U.S. photovoltaic power industry to retail investors at a time when it needs about $6.9 billion a year. REITs, usually formed to develop commercial property like shopping centers, returned an average 28 percent in 2012, data on 208 U.S. REITs compiled by Bloomberg show. The format would offer tradable stakes while cutting the cost of capital for developers, according to Felix Mormann, a research fellow at Stanford University Law School’s Steyer-Taylor Center for Energy Policy & Finance.

“REITs will significantly reduce the financing cost of solar energy projects and with it, the overall cost of solar electricity,” Mormann said. “They will bring the solar industry a big step closer to subsidy independence.”

Standard REITs own and generally operate income-producing property that pays investors dividends. While they’re marketed as more stable than many investment classes, REITs fell along with most equities in the last financial crisis.

The 125-member Bloomberg Industries North American REITs index, which excludes mortgage-related trusts, returned a negative 47 percent during 2007 and 2008. That’s more than the 34 percent loss including dividends in the same period for the 1,611-member MSCI World Index of global equities.

The REIT format was authorized by Congress in 1960 to give retail investors a way to get into commercial real estate. REITs are required to pay at least 90 percent of their taxable income to shareholders, according to the industry’s Washington-based trade group Nareit.

Most are traded publicly and there were 172 REITs registered with the Securities and Exchange Commission and trading on U.S. exchanges at the end of last year, with a combined market value of $603 billion, according to Nareit. The market value of the 208 U.S. REITs tracked by Bloomberg is more than $637 billion.

REITs owned about $850 billion in real estate, as of December 31, according to Nareit. The market value of traded equity REITs was about $332 million in 1971.

The format has evolved to provide funding for other industries including timber, data centers, mobile-phone towers, power lines and natural gas pipelines. The common denominator is that all are tangible assets that generate steady income over a long period of time, and photovoltaic power plants fit that mold, according to Renewable Energy Trust’s Chief Financial Officer Christian Fong.

“Solar PV could be next,” Fong said. The company, founded in 2011, is led by CEO John Bohn, who stepped down from the same post at Moody’s in 1996. He’s also served as a commissioner with the California Public Utilities Commission and CEO of the Export-Import Bank of the United States.

A solar REIT would own and operate power plants that convert sunlight into electricity, just as standard REITs acquire buildings and other assets. Solar–energy REITs will make it easier for mainstream investors to get involved in renewable- energy generation, Fong said.

“There’s no practical way for individuals to vote with their dollars and invest in solar power generation,” Fong said in an interview. “A solar REIT would, for the very first time, give them a way to do that.”

The idea has the backing of at least 26 members of Congress, including Senator Lisa Murkowski, an Alaska Republican that’s ranking minority member of the Senate Committee on Energy & Natural Resources.

“Minor changes to the federal tax code could provide the renewable-energy industry access to large pools of low-cost capital,” the lawmakers wrote in a letter to President Barack Obama Dec. 12. They called on the Treasury Department to issue a broad ruling approving the use of REITs for renewable energy.

Renewable Energy Trust asked the IRS at least four months ago for a private letter ruling that would grant it permission to become a REIT. It typically takes the IRS about four months to six months to respond to such requests, Fong said.

The IRS may issue its first decision on solar REITs this month, according to Kogan, the Chadbourne & Parke attorney based in Washington. That’s the only regulatory hurdle Renewable Energy Trust will need to clear and a favorable ruling will apply only to Fong’s company.

CleanREIT Partners LLC, another San Francisco-based company pursuing solar REITs, submitted a similar request to the IRS last year and later stopped the process while it pursued additional capital, according to co-founder Bill Hilliard. He’s now planning to form a REIT in Canada to invest in U.S. solar assets, and may pursue an initial public offering on the Toronto Stock Exchange in the third quarter, he said.

Conventional REITs typically pay dividends of about 3 percent to 4 percent, according to Hilliard. The first solar REITs may pay more, as much as 6.5 percent to 7 percent, because they are a new format with potentially new risks, he said.

REITs paid out about $22 billion in dividends in 2011, according to the Nareit group. That’s more than triple the estimated $6.9 billion that U.S. solar developers will need annually for photovoltaic projects through 2020, according to a June report by Bloomberg New Energy Finance.

Most funding for solar projects comes from bank loans or investors that purchase stakes, in part to obtain a share of a 30 percent federal investment tax credit that’s set to fall to 10 percent in 2017, an arrangement known as tax-equity financing. This is an expensive form of capital, according to Hilliard.

A key advantage of the REIT format is liquidity, Hilliard said.

“Because of the way tax equity works, people are locked into their investments for five-plus years,” he said. “They demand a much higher return than if you had a publicly traded stock that you could buy in the morning and sell in the afternoon.”

“This industry desperately needs more capital,” he said by telephone. “Financing has become the bottleneck to growth.”

Solar REITs would help resolve that issue, according to Stefan Linder, an analyst with New Energy Finance.

“High financing costs are well recognized in the industry as a barrier to growth,” Linder said. “Any structures that allow a wider investor base to get involved, increases liquidity, or lower taxes would be beneficial.”

The 30 percent tax credit may be a barrier to using REITs for solar farms, said Timothy Kemper, national director of CohnReznick LLP’s renewable energy industry practice. “It’s going to be tough to compete against investors that are utilizing tax incentives,” he said.