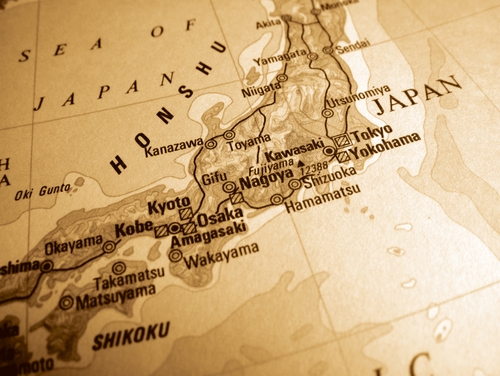 Industry Minister Yukio Edano set today a premium price for solar electricity that’s about triple what industrial users now pay for conventional power. That may spur at least $9.6 billion in new installations with 3.2 gigawatts of capacity, Bloomberg New Energy Finance forecast. The total is about equal to the output of three atomic reactors.

“The tariff is very attractive,” said Mina Sekiguchi, associate partner and head of energy and infrastructure at KPMG in Japan. “The rate reflects the government’s intention to set up many solar power stations very quickly.”

“This is a mechanism with a high degree of market intervention by setting tariffs artificially high and making users shoulder the cost,” said Masami Hasegawa, senior manager of the environmental policy bureau of Keidanren, Japan’s most powerful business lobby, which counts Toyota Motor Corp. and Nippon Steel Corp among its members. “We question the effectiveness of such a scheme.”

Utilities will pay 42 yen (53 cents) a kilowatt-hour for 20 years to solar power producers, almost twice the rate in Germany, the world’s biggest market by installations. The solar tariff was among incentive rates for clean energy announced today by the Ministry of Economy, Trade and Industry.

Developers are counting on the subsidies and have accelerated solar-park construction plans this year.

“We hear every day a new announcement of a megawatt-scale project,” Izumi Kaizuka, a solar industry analyst at RTS Corp., said in Munich, referring to projects 1 megawatt or bigger.

Japan ranked sixth worldwide by new installations last year, when it added 1.3 gigawatts of solar to bring its installed base to 5 gigawatts. Next year builders will erect roughly triple that level, or another 3.2 gigawatts to 4.7 gigawatts, New Energy Finance forecasts. A gigawatt is enough to supply about 243,000 homes in Japan.

Only China will exceed Japan in terms of solar capacity growth as it supplants Italy and Germany, which held the top two positions in 2010 and 2011, London-based New Energy Finance estimates.

Japanese companies such as Kyocera and Sharp Corp. that kept the photovoltaic industry alive when the U.S. scrapped investments in the 1990s are gearing up to supply their home market, as the government converts a pilot program into one aimed at large, commercial solar farms.

“We no longer have enough electricity, especially during the day, and that is when solar power can help,” said Mikio Katayama, chairman of the electronics manufacturer Sharp Corp. and the Japan Photovoltaic Energy Association. “This is a very good rate to promote investment and mega solars.”

Germany’s Q-Cells SE overtook Sharp as the biggest solar cell producer in 2007, according to the International Energy Agency. Now Chinese manufactures such as Suntech Power Holdings Co. and Yingli dominate the industry as their lower prices helped push Q-Cells and several other Western rivals into bankruptcy protection.

Japan got about 1.6 percent of its energy from renewables in 2011, the smallest portion among Group of Seven countries after Canada. It trailed the U.S. and France in the G-7 in atomic power consumption. The shift toward solar reflects concern that the cost of imported fossil fuels will rise in the coming decades.

“Japan’s manufacturing economy was severely challenged by the oil crisis of the 1970s,” said Arthur Mitchell, senior counselor in the Tokyo office of the law firm White & Case LLP, whose expertise includes environmental and power policies. “Assuming that the price of energy and almost everything else will rise, Japan is betting it will once again become the most efficient user of energy.”

A 42-yen solar rate, targeted for 10-kilowatt or bigger plants, is above the 38 yen price for 15 years the industry expected, said Takashi Watanabe and Daiki Takayama, Tokyo-based analysts for Goldman Sachs Group Inc., in a note in April.

Utility-scale projects may earn 6 percent internal rates of return, and that could increase to more than 18 percent if developers can bring system costs closer to international levels, Travis Woodward, a New Energy Finance analyst, wrote in a note on June 6. He also estimates residential solar systems are being sold in Japan for $6.28 a watt, more than double the $2.70 a watt price in Germany.

Japan is one of the highest average selling price markets dominated by a few large installers, Jefferies Group Inc. analysts Jesse Pichel, Min Xu and Scott Reynolds said in an April 30 report. “We expect Chinese and Taiwanese producers to erode the high domestic share through local partnerships to drive down cost,” the analysts said.

Under the new program, utilities will buy solar, biomass, wind, geothermal and hydro power. All costs will be passed on to consumers in surcharges, which the government today said will average out at 87 yen a month per household. The government’s previous average estimate was 100 yen.

The industry ministry will set terms and rates annually for projects whose contracts are signed the same year with utilities.

The measures beginning in July expand on a program started in November 2009 that requires utilities to buy solar power that the generator didn’t need. That expanded the market for rooftop residential panels.

The new incentives will encourage utility-scale projects. Japan’s five largest solar projects planned or under consideration were all announced between October and April, as the government worked out details of the feed-in tariff program, according to New Energy Finance.

Dozens of companies have announced plans to take advantage of Japan’s subsidies. Yingli, based in Baoding, China, has set up a unit in Japan.

“Being closer to the customers is extremely important for Yingli,” Masaki Mizuta, managing director of Yingli Japan, said on May 4. “We also believe that this is a key success factor in Japan.”

Kyocera Corp. is “aggressively” expanding its solar division, said Sanae Iwasaki, a spokeswoman for the company that’s based in Kyoto, Japan. It doesn’t disclose production targets, though it’s considering a 70-megawatt station with IHI Corp. and Mizuho Corporate Bank Ltd. in Kagoshima on the southern island of Kyushu, which would be the largest in Japan when completed.

“More players will enter the market for investment purposes,” Iwasaki said. “‘There will be more importance on the quality. We will pursue cost-cutting by producing panels with higher conversion efficiency.’’

‘‘Japan is where the demand is,’’ Yoshida told reporters May 23. The plant will begin production in December, boosting the company’s capacity to 900 megawatts from 600 megawatts, according to the company’s statement.

‘‘The quality of foreign panels is comparable and their prices are more competitive,” compared with Japan-made products, Nagashima said in an interview on May 18 in Tokyo. “Customers are becoming less picky about who makes them.”

Other manufacturers are focusing on technology that uses little or no silicon, the main raw material used in most solar panels. Solar Frontier K.K. is working on thin-film modules using copper-indium-gallium-selenide, or CIGS, technology. The unit of Showa Shell Sekiyu K.K. is projecting its domestic sales this year will account for 60 percent of revenue, compared with 30 percent last year.

The Tokyo-based company boosted its production capacity to about 1 gigawatt with the start of operations at a 900 megawatts plant in February 2011. The CIGS technology “will become a core technology in solar power,” Senior Vice President Atsuhiko Hirano said in an interview.

Image: Map of Japan via Shutterstock