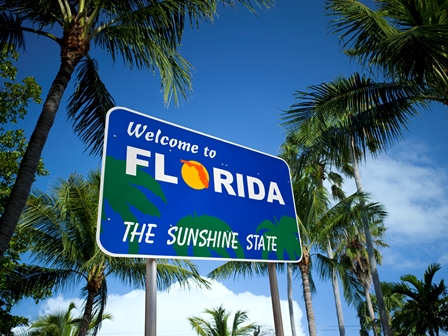 Opponents held their ground Tuesday as Floridians rejected a ballot measure that opponents maintained would have put into the state constitution a presumption that solar panel users are not paying their fair share of the costs of maintaining the electric grid.

Opponents claimed that Amendment 1’s passage would have given utilities a constitutional argument to impose discriminatory charges on solar users.

A Crisis of Credibility

But utilities underwent a crisis of credibility when, in a leaked audio recording, a utility-industry insider appeared to brag about Amendment 1’s “incredibly savvy” use of “political jiu-jitsu” to “completely negate anything [solar advocates] would try to do . . . down the road.” From that point on, Amendment 1 was largely held to be in the interest of utilities’ shareholders, rather than in electric customers’ interest, and Amendment 1’s support eroded quickly.

Proponents maintained that the measure would have allowed government and regulators to manage the growth of solar. Indeed, since solar first began to take off nationally several years ago, Florida has moved from basically no solar at all to a level of only one tenth of one percent of all electricity generated in the state. But a fraction of a percent might as well be zero compared to the Sunshine State’s vast solar potential.

In opponents’ eyes, managing solar’s growth was largely taken as further inhibiting solar’s growth—to the benefit of utilities’ shareholders and to the detriment of electric customers. In this respect, Amendment 1 would have given the incumbent utilities a constitutional tool to further control how solar technology rolls out in Florida.

In the weeks leading up to the election, opponents decried the “big monopoly utilities” violating the free market while the utilities pushed the cost-shifting narrative. But both claims were overblown, and voting down Amendment 1 did nothing to resolve the valid concerns underlying the political hyperbole.

Although controversy surrounded Amendment 1, it is indisputable that Florida utilities have raised public awareness, whether intentional or not, about the importance of solar power and the fact that Florida’s slowness to adopt it as a viable and sustainable energy source has less to do with solar technology and more to do with the utilities themselves and how they are governed and compensated in Florida. This election cycle, solar power became a kitchen table discussion around the state. The public’s interest is piqued, and questions of solar power, monopolies, and cost shifting are poised to take a more prominent—and hopefully more informed—place in public discourse. How legislators and regulators address utility monopolies and concerns over subsidization is essential to a smooth roll-out of solar in this state.

Monopoly, Free Market, or Somewhere in between?

The fiasco surrounding Amendment 1 may occasion the public becoming educated on the beneficial reasons as to why the state ever allowed utilities to operate as monopolies in the first place, as well as why advancements in solar power warrant changing utilities’ compensation model so that both utilities and customers benefit. [1]

To be sure, as long as the model is based on selling electrons, rather than selling electric services, more efficient appliances and customer-sited solar will tend to put downward pressure on utilities’ revenues.

Regulators in other states are rethinking how they value solar and how they design rates. Some proposed rate structures decouple utilities’ revenues from the number of electrons sold and move toward compensating utilities for electric services, such as grid-management services and providing service during peak usage times. This would allow third-party solar providers to hasten solar’s roll-out in the state while continuing to compensate utilities. Currently, however, much of utilities’ fixed costs are recovered in volumetric energy rates; that is, customers pay by the kilowatt-hour, regardless of when they use the power or how much power they use at one time. The result is a truly blunt tool for compensating the utility, and a designing utility rates for the twenty-first century is crucial to solar development in the Sunshine State.

Who Is Subsidizing Whom?

At what point exactly do increasing amounts of customer-owned solar start to impact utilities’ profitability under the current model? What is the value of solar to the grid? And is it true that non-solar users “subsidize” solar users? Or is it the other way around?

These are questions for the Public Service Commission to answer. And so far, the PSC has not made a determination. For this reason, it is likely for the best that the subsidy language of Amendment 1 did not make its way into the constitution.

Contrary to the claim that solar users are free riding and skimping out on their fair share of grid-maintenance costs, studies published by numerous states’ public utilities commissions have found that when some electric customers within a given utility’s service territory install solar panels on their roofs, it benefits the other electric customers who have not yet been able to directly take advantage of solar power. Solar installed on the customer’s rooftop helps avoid electric infrastructure costs and generating extra power from expensive gas-powered turbines during peak demand times, as well as benefits that are difficult to price and are not reflected in electric rates, such as the cost of climate change and the benefits of energy security; for example, solar does not present dangers that other fuel sources present, such as pipeline explosions, which cause damage and interrupt fuel supply.

As before November 8, 2016, Florida law still does not require utilities to obtain a certain percentage of their power from renewable energy resources. Further, Florida is one of only four remaining states that affirmatively ban a solar company from installing solar panels on a homeowner’s rooftop at no up-front cost to the homeowner and charging the homeowner only for the power, often at a rate that is less than what the utility charges. The other state governments that continue to affirmatively ban this practice are Kentucky, Oklahoma, and North Carolina. Recently, the Iowa Supreme Court and the Georgia legislature saw the light and left this small group of states that still ban this type of solar financing arrangement.

One thing is certain, solar has entered the mainstream of public discourse in Florida, opening a window of opportunity for policymakers to address the value of solar to ensure that both customers and utilities come out winners in Florida’s clean energy future.

[1] The public should become at least minimally educated as to why the state has allowed investor-owned utilities, such as FP&L, Duke, and TECO, to operate as monopolies. Allowing all comers to build coal-fired power plants and string up their own wires to serve their customers would lead to needless and cumbersome duplication of infrastructure and unreliable, spotty electric service. Imagine many more power lines than there already are and not knowing whether the light would necessarily come on when you flipped the switch.

So the state limited the number of players to one electric company per territory, and required the company to serve any home or business who applied for electric service. In exchange, the state promised the electric company a rate of return that would allow the company to recoup its costs and attract shareholders. This model incentivized utilities to build out the most advanced and reliable electric system in the world, which has powered American economic growth for decades.

But this monopoly model breaks down the moment the assumptions warranting the monopoly cease to be relevant. And that is precisely what solar power does. Suddenly, with low-cost solar panels, anyone can take advantage of favorable financing and install them on their rooftop, and the panels sit there and soak up the sun and convert the sunlight into electricity that is used right there on site. No need for transmission lines, no expensive, complicated natural gas plants. So in this respect, solar is indeed a game-changer, if it is adopted by enough customers. Florida, however, is a long way off from solar impacting this monopoly model’s profitability. At a fraction of a percent of market share in Florida, solar is a long way off from disrupting anything, and under the current model, utility customers could adopt a lot more customer-sited solar for a long time to come before putting a dent in utilities’ current business models.

This article was originally published by Shumaker, Loop & Kendrick and was republished with permission.