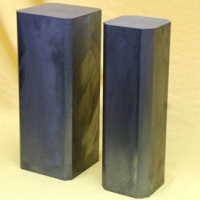 London — Due to high demand for solar PV around the world, silicon prices are again on the rise. After a period of decline, a new survey from Bloomberg New Energy Finance (BNEF) shows that prices are reaching levels not seen since December of 2009.

In August, spot prices reached $56.1 per kilogram, according to a recent Solar Spot Price Survey from BNEF. Of course, that is a far cry from the $250 to $400 per kilogram seen in the period of 2006-2008 during the worst of the silicon shortage.

The BNEF survey shows that spot prices hit a four-year low in March of 2010 at $52.5 per kilogram. The $4 rise in spot prices is modest compared to the astronomical prices seen in previous years. But it does show that record demand for solar PV, especially in Europe, is putting a bit more pressure on silicon supply.

BNEF predicts that prices will continue to rise throughout the rest of the year, but then fall in 2011 as the German, French and Czech markets see far fewer PV installations.