More
Home Solar C&I Should New Solar Investors Worry About Tax Credit Recapture? Not So Much. 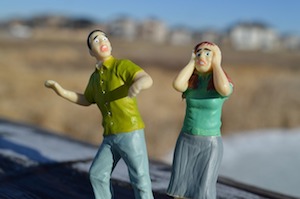 New sponsors/investors often ask whether a solar investment tax credit (“ITC”) can be clawed back. This is important because these investors are often asked to backstop the ITC. The short answer is that the “unvested” portion of the credit can be clawed back where the project is sold or turned off permanently. The real risk, however, is whether the ITC was miscalculated.

Let us first set the stage.

Only new solar projects qualify for an ITC. The credit is a percentage of the cost of the project’s solar generating equipment.  The percentage changes depending on the date construction starts. Today, the credit is 30 percent, but it starts phasing down for projects that start construction after 2019.

The ITC generally is only available to the first owner of the project, however there are several exceptions to this rule that are beyond the scope of this article.  A taxpayer can’t claim the ITC if the project is leased to a tax-exempt person or used outside of the US. The same is true (in part) for most partnerships with a tax-exempt owner (the ITC is unavailable in an amount equal to that owner’s highest share of profits).

The ITC is reduced for a project owned by a regulated investment company or real estate investment company. Utilities can claim the ITC, but for ratemaking purposes, the credit must be spread over the project’s life.

People use the term “recapture” to describe two situations. One (“true recapture”) is where the unvested portion of the ITC is clawed back due to some event that occurs after the project is placed in service. The other (“disallowance”) is where the IRS determines that the credit was not available in the amount claimed.

The project sponsor usually bears the risk of recapture, part from challenges to the tax structure.

The ITC vests 20 percent per year. The vesting schedule starts when the project is placed in service and steps down on each anniversary.  If the taxpayer disposes of the project or the project ceases to be fully eligible for the ITC, the unvested portion of the ITC is recaptured. Recapture in this context means that the taxpayer will increase its tax bill (for the tax year in which the recapture occurs) equal to the unvested ITC that is recaptured. No interest or penalties will apply (if the tax return is filed timely and correctly).

The taxpayer has disposed of a project if the project is sold, gifted or taken by a lender. A lease is OK. So is a sale-leaseback. Merely changing the form of ownership is not a disposition for these purposes. It also is not a disposition to contribute a project to a partnership if the contributor retains a substantial interest (usually greater than 50 percent).

The ITC is also clawed back if the project ceases to be ITC eligible during the five year vesting period.  If the use or ownership changes such that the project would not be eligible for the ITC in the amount originally claimed, then the credit is recomputed. The unvested ITC is recaptured to the extent the total is less than originally claimed.

As a general rule, if a project is taken out of service, the unvested ITC is recaptured. However, it is very difficult to take a project out of service. For example, if the project has a mechanical issue that prevents it from operating, you only have a recapture event if you give up trying to fix it.  There should be an exception to the general recapture rules for “acts of god.” If a project is destroyed by fire or storm or stolen (i.e., something sudden), the ITC should not be recaptured as long as the basis of the replacement property is appropriately reduced so the credit is not doubled up.

The second situation described as a recapture event is a determination (after IRS audit) that the project never really qualified at all or in the amount claimed.  The most likely source of recapture in this context is where the taxpayer claims the incorrect ITC amount. This can arise because the IRS challenges costs between related parties as inflated or says certain costs were misallocated to the ITC eligible equipment.

If the IRS prevails on audit, the taxpayer that claimed the ITC must pay an amount to the government equal to the credit claimed, plus interest and penalties back to the year the ITC was claimed. The vesting schedule does not apply.

Will the IRS respect the ITC basis as $100, $80 or something else? Taxpayers typically obtain an appraisal and cost segregation report from third parties to guard against this risk.

Part of the analysis is whether a development fee or purchase price is arm’s-length. Some investors try to impose an arbitrary cap on these items at 15-20 percent of the project’s historic costs. This is based on some arbitrary Treasury Department guidance that applied to an old grant program. The experts also provide analysis about whether the power purchase agreement has any value independent of the project. If the PPA has value, the total ITC eligible basis is decreased because intangibles (like contracts) are not ITC eligible equipment.

The IRS and courts have differed on whether a PPA can have any value apart from the project. There is a court case on appeal at the moment that should answer the question in the near future. Pending that decision, appraisers and accountants generally assume that a PPA can have value, so they spend a good deal of time attempting to ascertain the value in each case where a project is sold.

An investor’s share of the ITC is not available if the investor came into the deal after the project was placed in service. Partnerships typically guard against this risk by requiring the investor to invest 20% of its investment prior to any power being produced.

If investors are not comfortable with expert reports and conservative structuring, some insurers will offer policies to cover these risks. Whether they make sense depends on the cost.