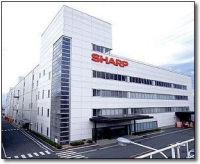 Sharp Corporation, the world’s largest manufacturer of solar photovoltaics (PV) announced it would bolster its solar cell production lines at its Shinjo Plant in Nara Prefecture to meet burgeoning domestic and international demand, and increase its annual production capacity from 248 MW in November to 315 MW MW, the world’s highest. The lines will be fully operational, beginning on June 14, 2004.

Shinjo, Japan – June 11, 2004 [SolarAccess.com] As the awareness of the importance of protecting the global environment increases around the world, attention is being focused on “clean” PV power generation system based on renewable energy from natural sources. The amount of PV power generated worldwide annually has been rising at a rate of approximately 40% in average for the past two to three years, and in 2003, 744 MW of PV power generation system was produced around the world. In Japan, demand continues strong, centered mainly on residential use, and in 2003, showed a base of approximately 50,000 installations and a growth rate of approximately 30% compared to the previous year. However, in 2004, growth at the level of the previous year cannot be expected due to a reduction in the amount budgeted by the New Energy Foundation ( NEF) for programs to promote residential PV power generation systems. Nevertheless, in Europe, particularly in Germany, policies to promote the widespread use of PV power generation systems are being strengthened, and in the U.S., several States have implemented incentive programs. Demand is also increasing in China, which is gearing up for the Beijing Olympics. Against this background, demand internationally is projected to expand rapidly, and is expected to reach 1 GW (gigawatt) on a worldwide basis in 2004. As the world’s No.1 manufacturer of solar cells for the past four years in terms of total capacity, Sharp held 26.6% share of the global market in 2003. In 2004, the company will be working to boost their market share by enhancing their product line-up, focusing mainly on modules using their proprietary textured glass, but also including building-integrated photovoltaic (BIPV) modules. In Japan, Sharp anticipates production of just over 150 MW (up 30% compared to the previous year). Internationally, we will be working to expand production centered on the U.S. where rapid growth in demand is expected for industrial and commercial systems, and are planning on production of just over 150 MW, roughly double the level of the previous year. At this time, to handle this production demand, Sharp said they decided to put an enhanced production line into operation designed for new, large-format, thin-film polycrystalline solar cells. This addition will bring the number of solar cell fabrication lines at our Shinjo Plant to a total of eight (two single-crystal silicon and six polycrystalline silicon cell lines), and will boost their annual production capacity to 315 MW per year, the world’s largest. Sharp will be working on an on-going basis to expand and boost production capacity to meet further demand increases for PV power generating systems in the future.