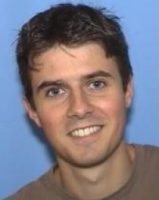 April 7, 2010 – A new project under the EU’s 7th framework program for ICT (FP7) aims to improve the efficiency and cost of solar cells through the use of metallic nanostructures. The three-year, €3.4M (€2.3M-funded) project, code-named “PRIMA” (Plasmon Resonance for IMproving the Absorption of solar cells), is coordinated by IMEC with partners Imperial College (London, UK), Chalmers University of Technology (Sweden), Photovoltech (Belgium), Quantasol (UK) and Australian National University (Australia).

The PRIMA project has two goals:

The researchers will test a number of structures, benchmarking them against state-of-the-art solar cells. The performance and applicability of these cells will then be assessed by solar cell companies that are participating in the project.

Certain nanostructured metallic surfaces show unique characteristics, explained Pol von Dorpe, senior researcher at IMEC: they can absorb and intensify light at specific wavelengths because the incoming light results in a collective oscillation of the electrons at the metal’s surface. This phenomenon can be exploited to transmit optical signals through nanosized interconnects on chips, in nanoparticles that recognize and interact with biomolecules, or in solar cells.

Because the trend in the industry is to make solar cells cheaper, manufacturers are trying to use less material, which translates into thinner cells. As a consequence, the optical absorption in the cell decreases. “We want to make thinner, cheaper solar cells but keep the performance in terms of efficiency so that the €/W actually reduce and come to a competitive level,” von Dorpe told PV World. “In this project, for a number of solar cell technologies — including concentrator, III-V based, dye-sensitized, as well as silicon — all would profit from an enhancement of the optical absorption of the material, which can be supplied by plasmonic resonances.”

The research using metallic nanostructures is necessary because classical texturing is not possible for very thin solar cells because the size of the texturing would be on the same scale, in terms of size, as the cell itself. “Organic solar cells or dye-sensitized cells are thin in nature, only about 100nm thick,” so classical texturing isn’t an option, noted von Dorpe. “Therefore, plasmonic nanoparticles are interesting as a way to enhance efficiency by enabling greater absorption.”

IMEC expects there will be some differences in the way they approach using the nanostructures with the various cell types. For organic solar cells, von Dorpe believes the work will focus more on near-field effects, rather than scattering. “In this project, we want to aim for a better understanding of the physical phenomena,” he said. “There have been a lot of publications, but for some of the material systems there is a lot of ambiguity in the results. We want to come to a deeper understanding and an estimation as to how far we can go in using this technique.”

According to von Dorpe, the plan is to gain a deeper understanding of physics and optimize different fabrication procedures in the first year or year-and-a-half of the three-year project. The group will fabricate the nanoparticles and ensure that these fabrication procedures are compatible with solar cell processing. After that, the researchers will integrate the nanoparticles into cells.