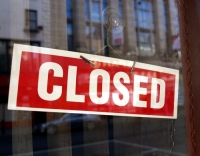 Further details about the plan will unfold after the company formally announces the closure. The paper however said that 870 of Schott’s 1,100 employees are to be affected by the decision.

Schott has also announced that it will be closing its manufacturing plant in Albuquerque, N.M. by the end of the summer, with manufacturing set to halt on Friday. About 250 employees will lose their jobs. The plant produced both photovoltaic modules and concentrated solar power recievers. Schott said that it will continue business in the U.S., but not in a manufacturing capacity.

Schott manufactures PV cells, modules and wafers and CSP receivers at facilities in Germany, Spain, Czech Republic and the U.S.

These closures closely follow Schott’s decision to halt its cell manufacturing facility in Alzenau, Germany last December, when it cited a weak market. It also shut down its multicrystalline wafer production in Jena, Germany in January due to industry overcapacity and falling module pricing. Both closures led to the loss of around 600 jobs.

Schott is expected to continue its presence in high-efficiency cells and modules with an increased focus on product development, according to the newspaper.

To date more than 18 solar manufactureres have announced bankruptcies or restructuring in the past 12 months.

More details to come as they are made available.