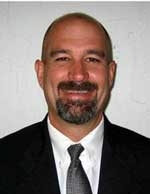 Less than a month ago, SB1, the Million Solar Roofs Initiative, failed to survive the vicious political gauntlet of the California Assembly. Back-up plans are varied: the bill could be implemented directly through the California Public Utilities Commission, brought up again in a January session in the legislature or even sent straight to the voters through a direct statewide initiative process. Either way, success is far from certain. In the meantime, there are some clear winners to the bill’s defeat.

Every policy defeat is another constituency or special interest group’s victory. This bill could have been a bipartisan win for the Legislature, a win for Governor Schwarzenegger, but most of all, it was a win for Californians. This would provide a creditable long term program that would make solar panel manufacturers commit to increasing panel manufacturing capacity to meet this demand increase. It would also encourage future technological development in lower cost solar panels as government subsidies are reduced over time. It was this type of program that would assist in reducing the cost of equipment and installation of solar arrays to the point where future government subsidies would not be required. Last minute changes to SB 1 forced many of the bill’s strongest supporters, including Governor Schwarzenegger, to oppose it. Existing solar contractors were originally among the bill’s strongest supporters but now oppose it due to the changes. SB 1 was killed even before it had a chance to be vetoed. As is now well known by those who followed the last minute butchering of the bill, under pressure from the electrician’s union, the bill was amended to require that installation be done by licensed electricians and that “prevailing wages” be paid for all commercial solar work done in the state. This splintered what was once bipartisan support and now pitted Republicans against the bill and left the union-friendly Democrats as the only real supporters. The Democrats took a short-sided look to what it would take to defeat Governor Schwarzenegger’s initiatives in November. They obviously decided to sand bag any initiative Governor Schwarzenegger supported. The Democrats must not have accounted for the overall consequences of this strategy in setting SB 1 up to fail. So, who did the Democrats set up to win? The big oil companies and the utilities that will gain future profits from the power they sell to Californians. This bill sought to create a long term commitment to the utilization of solar power with California. A large portion of the funds went to the installation of solar arrays on new homes. With the solar systems providing self-generated power to the home, the utility would lose revenue from the self-generating customer. This offsetting of future power requirements would then reduce the utilities’ projected growth. Why is this important? The three largest utilities participating in the Self Generation Programs are for-profit corporations. These companies along with Special Interest groups and the California Public Utilities Energy Division have been trying to determine the Cost Methodology used to determine the real cost benefits. There are large differences between the Utilities, the California Public Utilities Commission Energy Division and Special Interest groups that are sponsored by manufacturers. If SB-1 passed in its prior format, the Utilities would have had to implement this program and deal with the loss of future financial revenue. Now, with no long term commitment to the implementation of solar within California, manufacturers will not commit to increasing capacity that will include future demand projections. California will continue to be reliant on electricity that is produced and purchased from companies utilizing large amounts of fossil fuels to create this product. Oil companies will benefit by increased profits. Without SB 1, there will be no funds available to install solar arrays that reduce the cost of power to public entities such as Schools. Would teachers support such a political move by their Union heads based on this decision? Solar systems installed in schools would provide real dollar savings in electrical cost that can be utilized elsewhere. Since the costs of solar panels have been increasing at a substantial rate over the last 18 months, the current payback on one’s money is longer than what most fiscally run companies will accept. With public entities such as Counties, Cities and Schools being able to accept a longer payback on the initial cost, more public entities could utilize SB-1 to install solar arrays to offset their power cost. These installations within public entities would require “prevailing wages” be paid and installations done by a licensed electrician through laws already in place. This market alone would have provided jobs that required what the Democrats and Unions added. Now, those jobs, along with public entities that would take advantage of this opportunity, will continue to pay the cost of electricity that is created by fossil fuel. So the only winner by SB 1 being vetoed is the Oil Companies and Utilities and their long term power projections and profits. I’m not sure the Democrats realized this when they planned this strategy. About the author… Mark Johnson, is CEO & President of Golden Sierra Power located in Northern California. After serving in the United States Air Force and graduating from the University of New Mexico, Mr. Johnson has worked in management, manufacturing, marketing, and finance. He now utilizes his skills to operate and develop a company in the exciting and fast developing renewable energy industry. Mr. Johnson has been actively building commercial photovoltaic systems while also providing information and business models to both the California Energy Commission (CEC) and the California Public Utilities Commission (CPUC) regarding the development and implementation of Performance Based Incentive Programs and proposed cost-benefit methodologies. Mr. Johnson provides a unique and experienced perspective on opportunities, risks, political factors, legal structures, permitting, technical issues, schedules and cost to public agencies, private individuals and/or businesses, and large corporations in the development of Photovoltaic Systems.