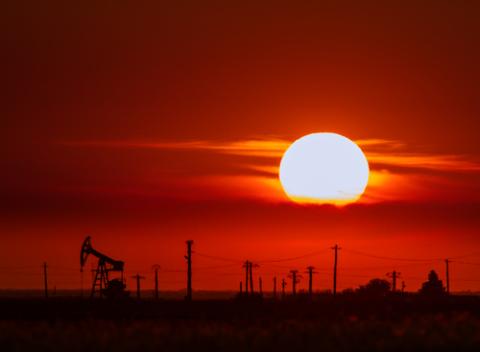 The comment suggests that authority over renewable energy in the kingdom may be moving toward Aramco, which has for decades managed built up Saudi Arabia’s oil industry and has the expertise to manage giant contracts with Western companies.

To date, the Saudi renewable strategy has been managed by King Abdullah City for Atomic and Renewable Energy, an organization chartered by the government working outside the energy ministry. KaCare officials in May 2012 said the nation was seeking $109 billion to create a solar industry by 2032, though there’s been little evidence of progress since then.

“The government solar plan is moving very slow, and we are hearing about it for some time, but it’s not maturing as fast as it should,” Gasem al-Shaikh, head of energy unit at Saudi Binladin Group, said in an interview in Manama. “The country can’t wait. We are burning more liquids every year, and that’s why Saudi Aramco now is taking the lead.”

Al-Shaikh’s company is interested in bidding on the new solar projects announced by KaCare. Aramco’s work would be separate from those contracts.

Al-Falih of Aramco said Saudi Arabia needs to be patient in adding solar capacity and do it “slowly and carefully” to avoid mistakes like those made in European nations, which had to ratchet back subsides after creating an uncontrolled boom in solar panel installations.

“We don’t want to go fast like Germany and Spain and then have regrets down the road,” he said.

Aramco issued a warning in its annual review on May 15 saying that local demand for crude has increased “to the point where volumes meant for exports may fall to unacceptably low levels in the coming two decades.”

Aramco signed initial agreement to develop plants generating 300 megawatt of solar power in remote areas in Saudi Arabia to reduce the burning of diesel for power generation in these areas, al-Falih said.

“We had to do it as we had a biased interest in that project,” al-Falih said. “We were shipping diesel to the Island’s power plant and that added heavily to the cost.”