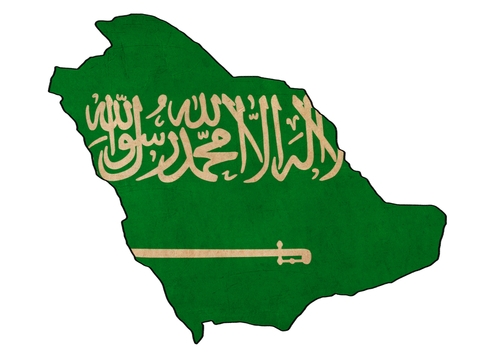 DUBAI — Saudi Arabian sovereign wealth fund Sanabil and the nation’s pension agency acquired 19 percent of ACWA Power International, a company that invests in power and water projects in the kingdom and regionally.

Riyadh-based ACWA issued 89.5 million new shares to Sanabil and the Saudi Public Pension Agency, each of which will have a seat on ACWA’s board of directors, the company said in an e- mailed statement yesterday. Morgan Stanley advised ACWA on the transaction, which will give Sanabil and the pension agency stakes of 13.7 percent and 5.7 percent, respectively. No financial details were given in the statement.

“ACWA Power has been growing rapidly and has started to expand beyond its borders in Saudi Arabia,” Klaus Froehlich, Morgan Stanley’s head of investment banking for the Middle East and North Africa, said by phone today. “This transaction will allow the company to continue its growth and further compete for contracts in Saudi Arabia which are mostly government related.”

Established in 2008, ACWA operates five power plants in Saudi Arabia, and was qualified to tender for projects in countries including Kuwait, Egypt and Turkey, according to its website. The company, with more than $17 billion of investments, has power generation capacity of 13,000 megawatts and produces 2.37 million cubic meters a day of desalinated water.

Saudi Arabia is seeking $109 billion of investment to build a solar industry, which may produce a third of its power by 2032, compared with almost none now, according to King Abdullah City for Atomic and Renewable Energy. Saudi Arabia’s 3 megawatts of solar capacity put it behind Egypt, Morocco, Tunisia, Algeria and the United Arab Emirates, according to Bloomberg New Energy Finance. The government is targeting 41,000 megawatts of solar capacity within two decades, freeing as much as 523,000 barrels of oil a day for export, according to the agency.

ACWA Power plans to add solar assets at home and electricity plants abroad through building new facilities or acquiring existing ones to triple production capacity to 38,000 megawatts by 2017, equal to almost half Saudi Arabia’s planned total capacity that year. Ten percent of ACWA’s future output will be from clean-energy sources in the Middle East and Africa, Chief Executive Officer Paddy Padmanathan said in an interview in October. The company’s projects are funded by a mix of equity capital and project-finance loans, he said.

ACWA owns and operates a 60-megawatt plant in Bulgaria and is developing two concentrated solar power plants in Morocco and South Africa, Padmanathan said. In Jordan, it has two 1.5- megawatt wind farms and a biomass plant. ACWA is among 20 groups bidding to build and operate plants in Mecca that will produce 385 gigawatt-hours of power a year.

Sanabil’s investment is “consistent with its strategy to invest in the growth of Saudi private companies that contribute to the local economy,” Ibrahim bin Muhammed Alromaih, the chief executive officer, said in yesterday’s statement.

Sanabil, which was established in 2009 and is owned by the government through the Public Investment Fund, also bought a stake in a local health investment fund, Alromaih told the Eqtisadiah daily yesterday. It also wants to buy stakes in local mortgage lending firms and chemical makers, he said. The fund has 20 billion riyals ($5.3 billion) and also plans to invest abroad in private equity funds and securities, he said.

Saudi Arabia’s $727 billion economy grew 6.8 percent in 2012, the Finance Ministry said in its budget statement on Dec. 29. That beat the 5.6 percent median estimate of 16 analysts compiled by Bloomberg. The government is investing more than $500 billion on projects in infrastructure and industry.

“This is the first investment for Sanabil and it is expected to be more active in the future,” Froehlich said. “It’s likely to remain focused mainly on Saudi Arabia supporting the industrial expansion that is taking place there.”