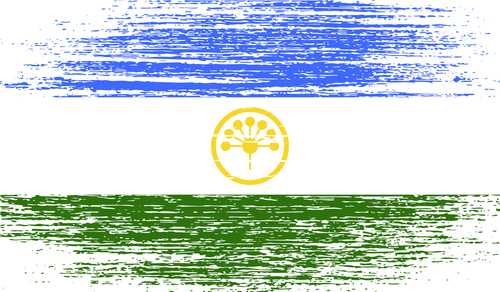 Following the launch of a 5-MW solar plant in May, which is the first solar industrial facility in the European part of Russia, Bashkortostan, the country’s autonomous republic situated between the Volga River and the Ural Mountains, has set eyes on adding another seven PV facilities of a combined capacity of 59 MW by 2018.

Hevel, a joint power company of Renova and Rusnano energy holdings that operates a recently opened thin-film solar module production plant in Novocheboksarsk, is set to invest $106.7 million into the solar network.

“We are pleased to announce that Hevel has already taken on the construction of two out of seven solar facilities in the regions of Kujurgazinsk and Haibulinsk. A 5-MW solar plant in Bugulchansk and a 10-MW solar plant in Buribajevsk are due to this August,” said Ildus Yakhin, the deputy minister of Ecology of the Bashkortostan Government.

Igor Ahmerov, the Hevel CEO, said the set of solar power plants in the republic will increase the region’s energy independence without harm to ecology.

“Besides, it will curtail the electricity transmission costs to rural regions and will serve as an impetus to further boost the region’s social and economic development,” said Ahmerov. Both plants are expected to be interconnected with the grid already by the end of the year.

The Republic of Bashkortostan is known for one of the highest solar irradiation level in the country with the sunny days averaging to 260 days per year. In comparison, the respective figure in Crimea’s Sochi is 190 and the Russian capital Moscow is 114.

Pavel Samoijlin, the spokesman for the Bashkortostan Government, said the republic’s Government has recently passed legislative acts aimed to developing the rich sustainable energy in the republic. “Now we are looking forward to unleashing the solar potential,” Samoijlin said.

According to Yakhin, the capacity of the Bugulchansk and Buribajevsk PV facilities will nearly double in 2016 after the second stage of the expansion is completed. In addition, a 9-MW PV power plant is expected to be built in the Isiangulovsk region in 2016.

After the planned solar plants are erected, the Muslim Russian republic is set to pursue construction of small and medium-size solar plants thereafter.

“We will especially go after that type of solar facilities in remote areas under heavy protection of environmentalists, where the implication of human beings is prohibited,” Yakhin pointed out. He said the investments will improve electricity supply to local population, decrease electricity loss and benefit to the environment preservation.

The solar investments are considered “risk-free” as the state obligates to purchase all the solar generation, but investors need to comply with the requirement on local content — half or more of the PV equipment has to be manufactured in Russia- and sustainable energy facilities have to be built on time.