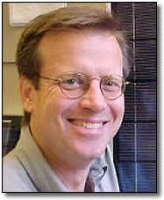 Two billion people — a round statistic for a sharply divisive global problem. With several hundred million families worldwide still relying on crude energy sources like kerosene to light homes and dry-cell batteries — at 500 times the price of grid electricity — to power radios, the “energy divide” casts shadows over much of the globe.

RE Insider — July 12, 2004 — Conscious of the possibilities embedded in this problem, growing groups of talented people from government, non-profit and private sectors are working to bring energy to the world’s rural poor living beyond the electrical grid. Many of those groups were represented at the Renewables 2004 conference in Bonn, Germany, last month. Photovoltaics (PV) represent one of the most promising technologies for providing electrical services for households, micro-enterprises, schools, and other applications in remote areas. Even small amounts of PV electricity can light children’s schoolwork, pump potable water, power cellular phones and refrigerate food and vaccines. The over US$200M in grants allocated to PV projects from 1991 to 2000 by the Global Environmental Facility through U.N. and World Bank-managed projects are a clear vote for PV as a serious energy option. In the early 1980’s, when rural PV systems typically originated from development projects with little attention to sustainability, colleagues and I decided to engage market forces to introduce PV technology to rural Dominicans (see sidebar below). While many of the systems donated by aid agencies now lie in disrepair — casualties of a lack of technical support — our approach caught on and spread. Two decades of assisting the widespread application of PV in rural areas of developing countries have taught us a great deal. One constant throughout the effort: it takes trained local technicians to install and service PV systems reliably. This technical capacity must be created and managed. Electrifying 100 million households over two decades would require some 25,000 competent technicians. Appropriate capital is also needed, to support payment plans, since most customers cannot afford to pay cash up-front. Who will provide this rural energy delivery service, installing and maintaining the hundreds of thousands of PV systems? Will it be government agencies? Non-governmental organizations? Private companies? The emerging consensus holds that while governments have a regulatory and enabling framework role and NGOs a charitable role, especially in heightening social impact, the private sector must be the leader in providing PV technology. The private sector, it is hoped, will even come forward with a portion of the capital needed — which will require a pathway to profits. Clearly hundreds, if not thousands, of competent, profitable rural energy delivery companies — REDCOs — must be developed and technicians employed if the energy divide is to be substantially reduced. The Bonn conference’s policy recommendations highlight the importance of developing “a well-trained workforce to manufacture, install, operate and maintain” the necessary systems, including the technical and business components. While most projects expect companies to take responsibility for selling, installing and maintaining the PV systems — essentially doing the bulk of the hard work to reach the rural poor — direct support for REDCOs relative to resources dedicated to PV dissemination has actually been slow in coming. Scarce international development funds are spent on related areas, but quite often not directly where the impact would be greatest: supporting REDCOs and their sustainability. For REDCOs to develop the infrastructure and capacity required to serve the dispersed rural poor, dedicated entrepreneurs and a concerted effort are needed to accelerate business development and innovation. We have found various ways to advance REDCOs in many markets globally. Global Transition Consulting supported the management of Solar Development Group, one mechanism to provide direct financial and business development support to REDCOs. It has also helped a number of multi-lateral projects to structure activities based on lessons from the REDCO experience of our affiliate Soluz, Inc., which pioneered “PV rental” through its subsidiaries Soluz Dominicana and Soluz Honduras. GTC and affiliates have been involved in efforts that have resulted in tens of thousands of PV-powered homes, businesses and community applications from Bangladesh and Bolivia to Morocco and Sri Lanka and elsewhere. The 2002 World Summit on Sustainable Development, at which the Bonn conference was announced, marked the ten-year anniversary of the 1992 Earth Summit in Rio de Janeiro that helped propel renewable energy to the world stage. Globally, that decade brought progress. Much more, however, is needed. We, the renewable energy community, need to establish clear thinking to address the challenge of the two billion. We must back the growth of REDCOs, dedicating a meaningful portion of committed rural electrification and renewable energy funding to this end. Support can take the form of cost-share contracts to fund energy delivery innovations and performance-based contracts for rural electrification. Furthermore, as with conventional grid extension, local governments will need to channel electrification subsidies to the rural poor in buying or renting systems from REDCOs when PV is the best option. While stakeholders in efforts worldwide should ensure that scarce, catalytic bilateral and multilateral developmental resources adequately support government involvement and NGO assistance, support to build numerous world-class REDCOs must be of utmost priority. We need robust examples of rural energy delivery operations. Otherwise, ten years and several hundred million dollars from now we will again be disappointed at not having catalyzed the significant global impact we all hope to achieve. About the author… Richard D. Hansen, P.E., MBA is President of Global Transition Consulting, a joint venture of Soluz, Inc. and Enersol Associates, Inc. supporting businesses, organizations, governments, and multi-lateral development institutions that promote the global transition to a sustainable energy future, one based on the expanded use of renewable energy and energy efficiency.