More
Home Solar Running Out of Precious Land? Floating Solar PV Systems May Be a...

San Diego, Calif. — In June, a 1.18-MW PV system floating on a water reservoir became operational in Japan. The system called “Solar on the Water Okegawa” in Saitama prefecture is currently the biggest system of its kind in Japan. It was developed by Ciel el Terre (France), which has been developing large-scale PV systems mainly in France since 2006. Having recognized the issues of land shortage and of protecting natural and agricultural lands, the company noticed many inland water reservoirs, which are located near grid-connection, but under-utilized. 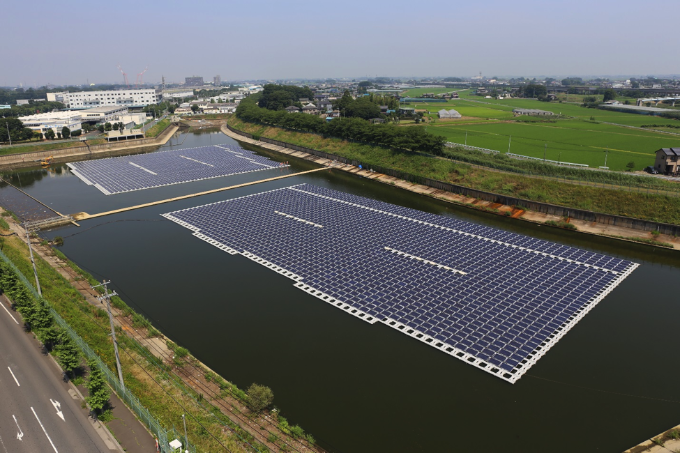 Ciel el Terre began the R&D process for floating PV systems now marketed under “Hydrelio System.”  PV modules are mounted on floats made of high-density polyethylene, which is the same durable material used in marine buoys. The Hydrelio System uses no metal parts and is as easy to assemble as LEGO blocks. Eva Pauly, International Manager at Ciel el Terre International, said that it took three weeks to assemble the floating system and three months to construct the entire Okegawa project, which consists of 4,500 PV modules.

The company conducted several durability tests to prove that the systems can withstand up to 118 mph winds and changes in water levels of up to 20 feet.  In fact, the Okegawa project withstood three typhoons in Japan, according to Pauly. Ciel el Terre claims that due to the cooling effects of water, its floating PV systems generate about 10 percent more electricity than rooftop or ground-mount systems of the same size. 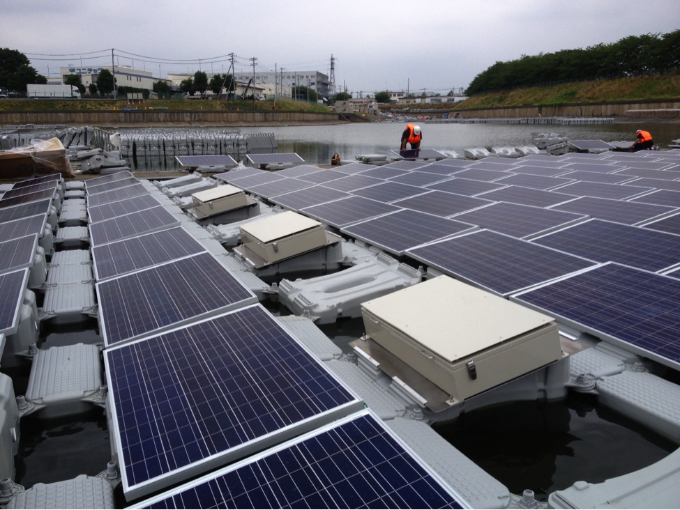 Moving to the west of Japan, Hyogo prefecture is also looking to the water for PV developments. The prefecture has the largest number of irrigation ponds and began field tests on PV floating systems in July. KS Industries (South Korea) developed two 20-kW systems, which differ in panel tilts and anchorage methods, to test effects of wind and waves on electricity generation. One system has 10-degree tilt and the four corners of the system are anchored on the land via cable while the other system has a 20-degree tilt and is anchored at the bottom of the pond with weights. 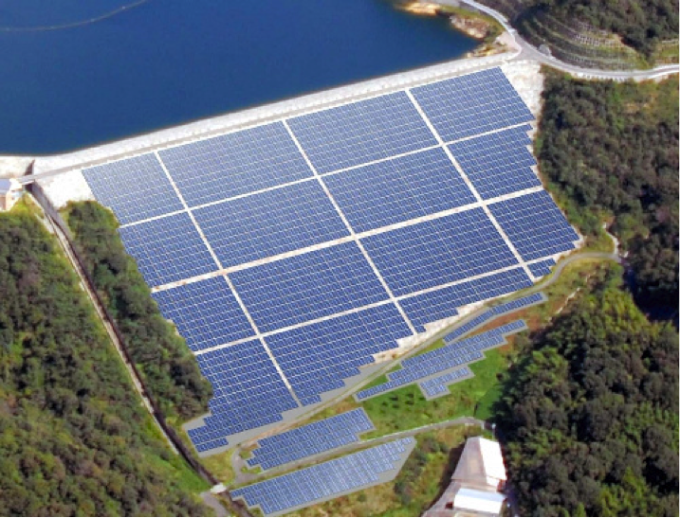 The prefecture has an ambitious goal to install about 800 MW worth of non-residential PV systems by 2020. To achieve this goal, the prefecture is also developing large-scale PV systems on dams — though not actually on the water, a 4.99-MW system will be installed on the outside face of the Kotani dam.  In October, the prefecture issued a request for proposals in June and awarded a contract for the Konati dam project to Sanwa Electrical Engineering Co., Ltd. (Japan) and JBack Special Company (Japan). It also awarded a similar project — 1.76-MW system on the face of Gogen dam — to Nippon ComSys Co. (Japan). Both projects will utilize the large, south-faced slope for PV installation and be operational during 2014.

In the U.S., there is a 190-kW (AC) floating PV system at a winery’s vineyard irrigation pond in northern California. Since March 2007, the system has been generating electricity along with a 250-kW (AC) ground mounted system installed adjacent to the pond.  Far Niente, a Napa Valley wine producer, decided to become a net-zero electricity user, however it didn’t want to pull out valuable vines from the vineyard to create space for PV systems. 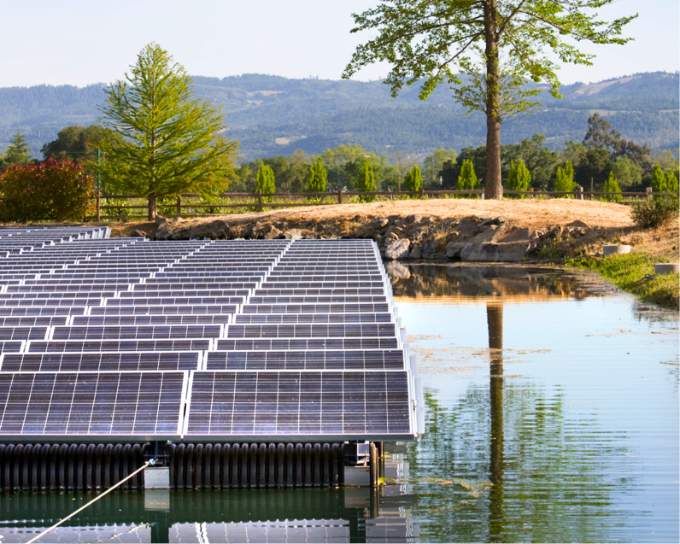 Figure 4: Photo of Floatovltaic System at Winery via Far Niente

Instead of ripping out three-quarters of an acre of Cabernet vines, which produces about $150,000 worth of high-end Cabernet wine annually, the wine producer and SPG Solar, Inc., an U.S. PV system integrator, came up with the solution known as a “Floatovoltaic system.” The system consists of 994 Sharp modules that are supported by floating devices, creating a large blue raft on the pond.

Greg Allen, President and Winemaker of Dolce Winery, a sister winery of Far Niente, said that the floating system consists of over 120 units that include two pontoons, a gangplank and eight PV panels.  Marine-quality cables safely carry electricity from the pond to the Satcon inverter on land. It took about three months to assemble the floating system. However, it took considerable time to interconnect the system since the winery owner needed to build a system with underground transmission lines which run one mile from the pond to the winery where energy is consumed.

The system is anchored by cables to buoys in the pond and additional cables link the buoys to concrete anchors distributed around the perimeter of the pond. This double anchorage system allows the system to withstand wind and waves and to be able to land on the bottom of the pond when it is dry. The system has withstood an 80-mph tail wind, and has borne seasonal changes in water levels of up to 10 feet. Annually the system requires about 8-16 hours of buoy-assist modification repairs in order to keep each floating unit at the same level. Some buoys are added to prop up a few pontoons that have taken on some water, according to Allen.

Both floating PV systems at Okegawa and Far Niente were competitive in cost with conventional ground-mounted systems. The advantage on the amount of electricity production over ground-mount systems is yet to be proven since the number of existing floating PV systems is small. However, floating PV applications allow for two natural assets, water and sun, to be productive in harmony while saving precious land. And one more added benefit, said Allen, “[it’s a] theft deterrent!”