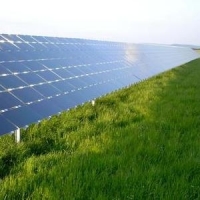 New Hampshire, United States [RenewableEnergyWorld.com] The severe downturn in the global Photovoltaic (PV) market in 2009 could have a positive outcome for the worldwide solar industry, yielding a more mature and orderly supply chain when growth returns, according to market research firm, iSuppli Corp.

In a press release issued late last week, the firm predicted that worldwide installations of PV systems will decline to 3.5 gigawatts (GW) in 2009, down 32 percent from 5.2 GW in 2008. With the average price per solar watt declining by 12 percent in 2009, global revenue generated by PV system installations will plunge by 40.2 percent to US $18.2 billion, down from $30.5 billion in 2008.

“An ever-rising flood of market participants attempted to capitalize on this growth, all hoping to claim a 10 percent share of market revenue by throwing more production capacity into the market. This overproduction situation, along with a decline in demand, will lead to the sharp, unprecedented fall in PV industry revenue in 2009,” Wicht also said.

However, the firm believes that the 2009 PV downturn, like the PC shakeout of the mid 1980s, is likely to change the current market paradigm, cutting down on industry excesses and leading to a more mature market in 2010 and beyond.

The chart below shows iSuppli’s global photovoltaic system installation forecast in megawatts (MW) from 2008-2013 as well as year over year percentage growth (Y/Y).

“The number of new suppliers entering and competing in the PV supply chain will decelerate and the rate of new capacity additions will slow, bringing a better balance between supply and demand in the future,” Wicht said.

According to the firm, it is the sharp decline in expected PV installations in Spain that is most responsible for the 2009 PV market slowdown. Spain accounted for 50 percent of worldwide installations in 2008 and an artificial surge in demand was created in the country as the time approached when its feed-in-tariff rate was set to drop and a new cap of 500 MW loomed for projects qualifying for the high tariff. This set a well-defined deadline for growth in the Spanish market in 2009 and 2010, said iSuppli.

As a result of the Spanish situation, there is a surge in excess inventory and falling prices for solar cells and systems, however, this will not stimulate sufficient demand to compensate for the lost sales in 2009, according to iSuppli. The company believes that even with new and upgraded incentives for solar installations from nations like the U.S. and Japan — and positive investment conditions in France, Italy, the Czech Republic, Greece and other countries — the Spanish decline in 2009 will still overshadow the market.

The Spanish impact will continue into 2010, restraining global revenue growth to 29.2 percent for the year.

In addition to the problems in Spain, the report says that the PV market is, of course, being adversely impacted by the credit crunch.

“Power production investors and commercial entities are at least partially dependent upon debt financing,” Wicht noted in the same press release. “Starting in the first quarter of 2009, many large and medium solar-installation projects went on hold as they awaited a thaw in bank credit flows.”

After 2010, the company believes that fundamental drivers of PV demand will reassert themselves, bringing a 57.8 percent increase in revenue in 2011 and similar growth rates in 2012 and 2013.

The chart below shows global revenues through PV installations in million of dollars as well as year over year growth (Y/Y).

“PV remains attractive because it continues to demonstrate a favorable return on investment (ROI),” Wicht said. “Furthermore, government incentives in the form of above-market feed-in-tariffs and tax breaks will remain in place, making the ROI equations viable through 2012. Cost reductions will lead to attractive ROI and payback periods even without governmental help after 2012.”

Furthermore, lower system prices will open up new markets by lowering incentives and subvention costs. The lower the PV system prices are, the lower the incentives will have to be. Developing regions will be big beneficiaries of these lower prices and thus will grow faster than the global average, the firm believes.

Stay tuned to RenewableEnergyWorld.com as we continue to explore the PV market shakeout.  For more analysis on this topic, check out Roadmap for A Changed Landscape: Consolidation and Integration in the Solar PV Business.