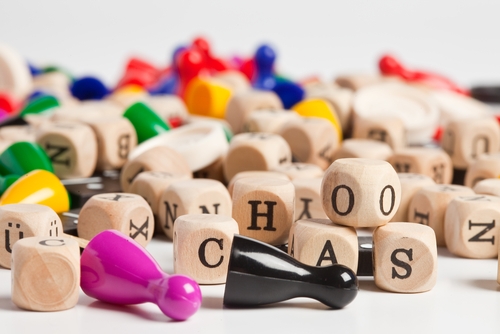 New York — The slump in renewable energy shares is ending as bidders from China and South Korea signaled interest in German solar manufacturer Q-Cells SE and A123 Systems Inc., a U.S. maker of batteries for electric cars.

Wanxiang Group Corp. of Hangzhou, China, confirmed it would invest as much as $465 million in A123 yesterday, two hours after Q-Cells said it’s in talks to sell assets to Seoul-based Hanwha Chemical Corp. The WilderHill New Energy Index of 96 shares has risen 8.8 percent since hitting a nine-year low on July 26.

“Valuations have come down so significantly in the clean energy sector that many of these companies are starting to look like they’re worth the risk,” Mark Florian, managing director at First Reserve Corp., a private equity investor that’s raised $23 billion, said in an interview at Bloomberg’s office in New York. “With A123 you’ve got the holy grail of energy storage. In solar you’ve got the advantages that come with scaling-up. We’re going to see more consolidation.”

With the NEX index trading at less than a quarter of its 2007 peak, investors and analysts are beginning to turn less pessimistic about the future of the industry, which is coping with excess capacity, declining margins and government subsidy cuts. There’s evidence investors are reducing short positions in Vestas Wind Systems A/S and Suntech Power Holdings Co., the biggest wind and solar companies.

The NEX index climbed 0.5 percent today, led by a 7.7 percent jump in Vestas and a 5.9 percent gain in its rival Gamesa Corporacion Tecnologica SA.

Declining short positions, where investors borrow shares to bet on a decline in the stock’s price, suggests a floor is emerging to support clean energy shares, said Mark Bachman, an analyst at Avian Securities Inc. in Boston.

About 7.6 percent of Suntech shares were sold short on Aug. 16, half the level of November, according to data from Markit. At Vestas, the short position was 19 percent, down from 23 percent in May. For A123, the short position was 16 percent on Aug. 14, down from 23 percent in March. About 14.5 percent of the NEX index was sold short at the end of July, around the same as it’s been for the past year.

“It starts to look risky shorting a stock that’s lost almost all its value,” Bachman said in an interview. “How much more of a downside is there when you’ve already become a penny stock?”

For solar panel makers, increasing competition among Chinese manufacturers along with concern about government subsidy cuts caused a 50 percent decline in prices last year and quarterly losses for most manufacturers. For wind energy, difficulty financing projects in Europe and the looming expiry of a U.S. tax credit has halted new orders. That’s made them attractive targets for those expecting a rebound.

Yesterday, Q-Cells disclosed that Hanwha is in talks to buy the assets of what was five years ago the world’s biggest solar cell maker. Now insolvent, Q-Cells would help the chemicals company of South Korea’s 10th-largest industrial group build its solar business. Hanwha may buy equipment for as much as 40 million euros ($49 million) and guarantee debt owed by Q-Cells Malaysia of up to 850 million Malaysian ringgit ($272 million).

A month earlier, United Arab Emirates-based cell manufacturer Microsol International bought Solon SE, a German solar company that was in insolvency. That deal included most of its employees, global brand rights, research and development, production in Berlin and sales operations.

Solar companies have struggled with reduced government aid and competition from Suntech and its Chinese rivals, which have taken the lead in manufacturing cells. At least 12 solar companies including Solon SE of Germany and Solyndra LLC of California have filed for insolvency in the past year.

Still, with solar module prices still declining and supplies outstripping demand, many manufacturers will continue to bleed cash and may go bankrupt without a suitor, said Gordon Johnson, an analyst at Axiom Capital Management in New York.

“It’s go bankrupt or get bought out, and the guys who are still short are betting on bankruptcy,” Johnson said in an interview. “If a company goes to zero then there’s no tax liability.”

A123, a maker of lithium-ion batteries for electric cars, may get financing worth as much as $465 million from Wanxiang in exchange for an 80 percent stake in the company based in Waltham, Massachusetts. A123 has received a $249 million federal grant to build a factory in the U.S.

It racked up at least 12 quarters of losses and needs help after struggling with costs from a recall of batteries. A123 shares reached as high as $25.77 after their initial offering in September 2009 and since have dropped to 46.57 cents, giving the company a market value of $74.3 million.

Clipper, along with Denmark’s Vestas and tower maker Broadwind Energy Inc. in the U.S., have struggled to get new orders because a tax credit that pays developers 2.2 cents per kilowatt-hour expires at the end of this year. Broadwind has dropped 72 percent in the past year.

Their fortunes could change with an extension of the wind energy tax credit after the U.S. election on Nov. 6, according to Florian at First Reserve.

“The risks are high when you’re dependent on government subsidies,” Florian said. “The rewards can be too.”