A lot of people hesitate to put solar panels on their homes because of how they look. Building integrated photovoltaics (BIPV) refers to ways to integrate solar cells into the construction itself. For example imagine your roof shingles was actually made up of material that generated electricity. In other words, instead of putting solar panels on top of your roof, your roof is actually made up by BIPV panels. This has been around for some years now, but compared to your typical mono- polycrystalline or thin film solar panel, it is simply to darn expensive.

One of the big advantages of this (other than the fact that it looks much more appealing) is that by not separating the material that is used to construct the roof itself and the material used in the BIPV, costs are reduced. 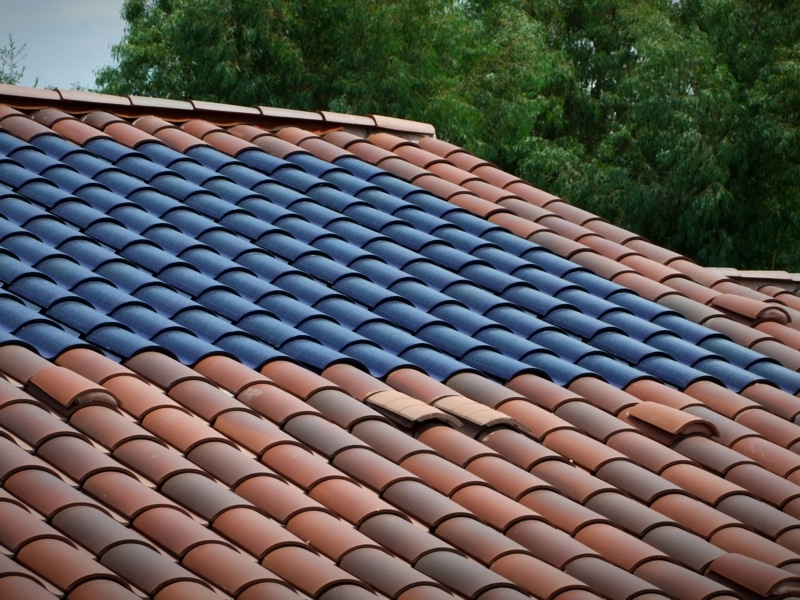 The BIPV panels you see above, and most of the other types in the BIPV category are dependent on the amorphous thin-film technology for the bendable characteristics – this is something that isn’t possible with today’s crystalline-based solar panels.

Amorphous thin-film solar cells are amongst the cheapest type of solar cell on the market. However, they are also the least space-efficient, meaning that you have to cover about twice the area to output the same amount of electricity as you would’ve with mono- polycrystalline (read more about these at http://www.talksolarpanels.co.uk) – and even more so when the surfaces of the panels are not flat, but shaped as shingles as you can see above.

On the hand they perform better during low-light conditions and are also more resistant to heat than its counterparts.

Several companies are amp up their investments for the relatively new solar power category of BIPV. Solar3D announced a few months back that “it will conduct a study of the economics and benefits of integrated Solar3D cells directly into roof tiles.”

Building integrated photovoltaics are expected to become increasingly popular in the future.  It will be interesting to see the development in the coming years.

Written by Mathias from Energy Informative