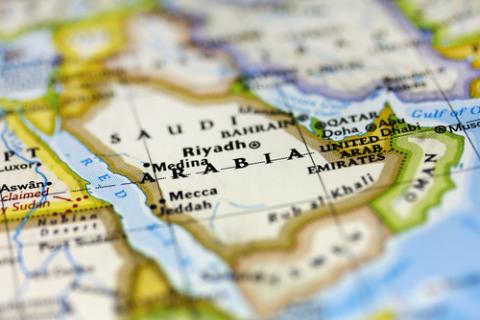 The solar-panel materials maker agreed to consider jointly building the 20,000 metric-ton plant with Saudi producer IDEA Polysilicon Co., according to its third-quarter earnings statement today. REC Silicon, based in Moses Lake, Washington, said it expects to take 18 months to study the investment, with a decision expected in 2016.

REC Silicon, which last year spun off its wafer, cell and panel units to focus on polysilicon, is starting negotiations with the Saudi government to build the plant, Chief Executive Officer Tore Torvund said today in a presentation to investors.

The head of Saudi Arabia’s state-owned oil company said in May that the country is looking at investing in the renewable energy source.

REC Silicon reported today earnings before interest, taxes, depreciation and amortization and excluding special items of $44.9 million, or 5 cents a share, compared with a loss of 7 cents a share in the same quarter last year.

The company is building a 18,000 metric-ton polysilicon and silane gas plant in Yulin in China’s Shaanxi province through a joint venture to take advantage of thriving demand for renewable energy in the world’s largest energy consumer.

With the new plant, REC Silicon will be able to avoid Chinese import fees as high as 57 percent levied in response to a U.S. decision in 2012 to impose tariffs on Chinese solar cells. The company’s two operational plants are in the U.S.