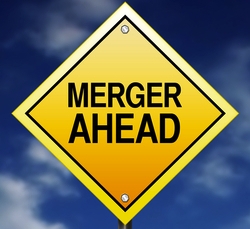 OSLO — Renewable Energy Corp., the Norwegian solar-energy company struggling with falling demand and excess capacity, said it’s a merger candidate as the industry gears up for a probable consolidation.

“We won’t be surprised if there are more mergers in the time ahead” and REC is involved in discussions with possible partners, Chief Executive Officer Ole Enger said in an interview in Oslo today after presenting REC’s third-quarter results. “When results are like now, you must always be open for solutions that can give better results.”

The Sandvika-based company posted net income of 408 million kroner ($71 million) in the period after the bankruptcy of its Norwegian wafer unit, with continuing operations yielding a loss of 452 million kroner. REC had warned last week its results would miss analyst estimates.

About 180 solar manufacturers will fail or get bought by 2015, Boston-based GTM Research said in a report last week. While half of those companies are based in the U.S., Canada and Europe, there are about 54 “solar zombies” in China operating with government support that will probably close or be bought, it said.

Market balance probably won’t return before “at least” 2014, and the consolidation wave will probably start in China, REC’s Enger said. While he didn’t know when it would reach other areas of the world, Enger said REC would be a good candidate for a merger once it did.

“We must be, because REC is one of the only companies left in Europe. Most others are bankrupt or have been shut down,” he said. “There aren’t many left in the U.S. and Europe, so were it to be a non-Chinese company, REC must be one of them.”

While mergers will probably take place in the industry, few companies have the financial means to buy competitors, said Andre Holoe Adolfsen, an analyst at Nordea Markets. “Most are busy trying to survive for the moment,” he said. Adolfsen, who has a sell recommendation on REC, said the company would probably suffer from negative cash flow in several quarters to come and end up in a financial “distress” situation in 2013. At the end of the third quarter, the company had reduced net debt by 2.2 billion kroner to 1.9 billion kroner.