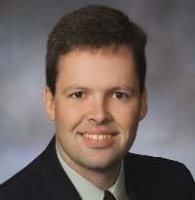 Oregon Governor Ted Kulongoski introduced a trio of bills to the 2009 state legislature that, if passed, would give solar energy in the state a significant boost.

The first two, House Bills 2121 and 2181, would make installation of solar energy facilities more affordable to homeowners and developers. Oregon already has some of the strongest tax credit and loan programs in the nation to encourage solar energy, but the average Oregon building owner still can expect to wait 25 years or more to recover the initial capital costs of a solar energy system through savings on electricity bills.

HB 2121 would establish a feed-in tariff pilot program for up to 17 megawatts (MW) of new solar energy. A feed-in tariff requires utilities to purchase solar energy according to a pre-established rate or set of rates. If the price for the solar power exceeds the price at which the building owner purchases electricity back from the utility, solar panels become an income source for the homeowner. The greater the difference between the “buy” and “sell” rates, the greater the incentive for building owners to install solar panels.

HB 2181 approaches the problem of high initial costs for solar power from a different angle. It enables local governments to finance solar installations using their authority to create local improvement districts (LIDs). Participation in a solar LID would be wholly voluntary by owners of residential property of any size, or of any commercial building of 20,000 square feet or less.

The local government would make loans to participating property owners to help pay to install a solar energy facility. The loans would be repaid over time in the form of a special tax assessment on the LID. In turn, HB 2181 would enable the local government to obtain a loan from the state to help defray the carrying costs of the property owner loans.

SB 168 arises in part out of the experience of the Oregon Department of Transportation (ODOT) with the first installment of its Oregon Solar Highway in 2008. ODOT partnered with Portland General Electric to install about 100 kilowatts of solar panels on a state highway right-of-way near Tualatin, Oregon. The transaction was complicated by law requiring ODOT to use the right-of-way for highway purposes. The parties overcame this hurdle by ensuring that ODOT could purchase energy at night to power highway lighting in an amount equal to the energy generated by the solar panels during the daytime, and at the same rate at which PGE purchased the solar-generated energy.

SB 168 will make it easier for ODOT (and other similarly restricted state agencies) to avoid pitfalls like the highway purposes limitation and give those agencies freer rein to put state property to use generating renewable energy. The bill would apply to property either owned or leased by the state.

The use of solar energy to supply our electricity needs is still in its infancy. It remains to be seen which, if any, of these approaches works best to spur development of more solar generation in Oregon. The Governor is to be commended for taking a multi-pronged approach to find the best tools to grow solar power in Oregon. The Legislature should move quickly to enact each of these three bills.

David J. Petersen is a partner in Tonkon Torp LLP’s Sustainability Practice Group, with a focus on real estate and title matters for renewable energy projects. David has assisted with the development or planning of wind projects totaling over 4,500 MW in seven states. He also has represented Portland General Electric in the financing and development of the first-of-its-kind Oregon Solar Highway project in Tualatin, Oregon, and a 1.1 MW rooftop solar project in the City of Portland. He is a regular speaker at renewable energy conferences and events in the Portland region. Outside of the renewable energy sector, his practice focuses on land use and local government law, commercial leasing and real estate development.