From a casual glance, the racking systems from GameChange Racking might resemble the typical and somewhat unremarkable metal support structures used in solar systems all over the place.

But then let CEO Andrew Worden walk you through the details. GameChange doesn’t use regular grade steel. It uses a stronger undisclosed alloy. The surface area of the posts is deliberately larger to increase strength and allow the components to slip together. Together that gives the company’s system 30 percent to 56 percent more strength for the same amount of steel, he claims.

The wider-than-normal surface area of the ground posts also increases ground friction, he adds, which means that the cement piles that hold the posts stable can be 20 percent shallower, cutting further balance of systems costs.

In fact, GameChange Racking just doesn’t fabricate its parts at a contract manufacturer. It developed its own tooling system and uses it in its own facilities in the U.S.

“We spend more up front to lower the cost at the end,” he said. “We made the shape how we wanted to eliminate parts.”

In the end, the result is a better rack at a lower cost. A rooftop system can come to 16 cents per watt (10 cents for materials, six cents for labor), far lower than the 25 to 32 cents per watt outlined by GTM Research. Ground-based system for commercial and utility projects, meanwhile, can come in at 18 to 24 cents per watt, all-in.

Racking has rarely been the glamour wing of the solar business, but expect to see more focus on it and the other balance-of-system elements of solar systems as manufacturers developers seek to wring out every penny they can. Balance-of-systems costs like labor, permitting and electronics accounts for nearly 70 percent of the total cost of a solar system and the bulk of the price declines in recent years have come from declines in panel prices. Rocky Mountain Institute noted that solar costs dropped 37 percent between 2008 and 2012 with 80 percent of the decline coming from panel prices.

To date, most of the balance-of-systems innovations have revolved around new methods of financing, but increasingly you’re seeing focus on what you could call the “plumber’s crack” problems. In 2013, SolarCity bought Zep Solar, which created an innovative racking system, for $158 million. Solar Universe, SolarCity and Vivant Solar have touted the number of residential installations their crews can install in a single day. SunPower bought Greenbotics for cleaning utility-scale and commercial-scale systems with 90 percent less water and even less human labor. 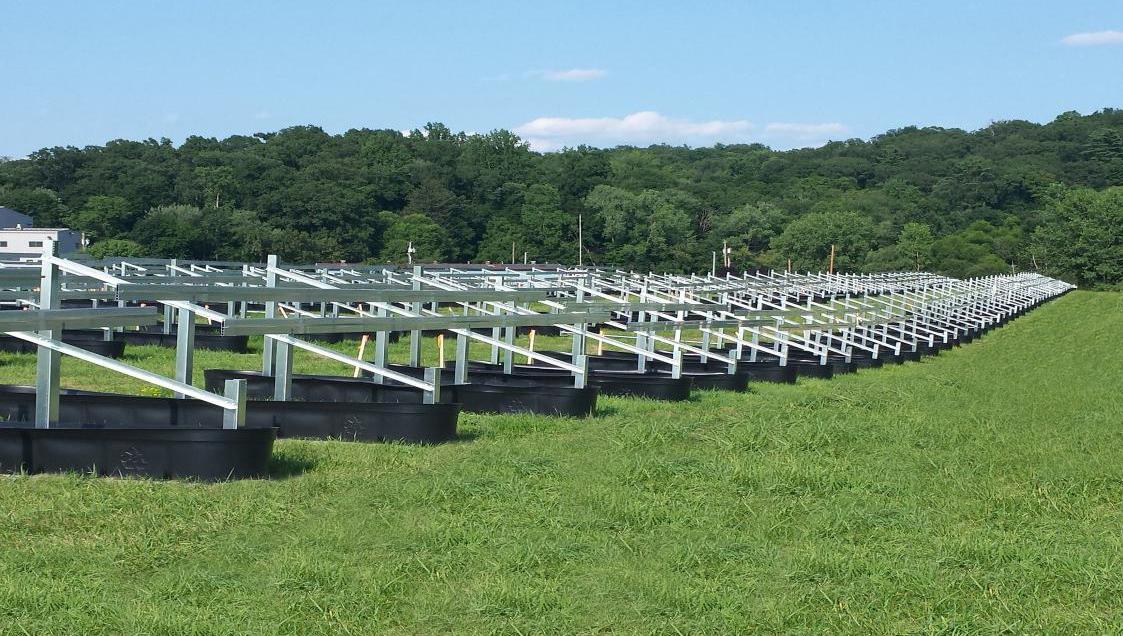 The Rack of the Gods?

One thing GameChange has in its favor is simplicity. The company isn’t introducing a new concept, just simplifying how the current racking systems work. The whole system consists of nine parts, versus 13 to 22 for conventional systems, to reduce labor and field time. The fewer parts, the easier to assemble: the main three elements of the rack essentially toggle together. (Worden used to be a commercial-scale solar developer but sold the business to concentrate on racking. He also runs an investment firm and years before that paid his way through Harvard on a lawn mowing business. A definitely interesting character.)

“It saves a lot of time,” he said. A developer with 12 field employees can erect a megawatt a week.