More
Home Solar PV’s New Chapter, In Which It Returns to its DG Roots 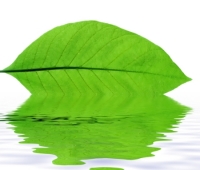 Regional dominance in the solar photovoltaic (PV) industry has come and gone as have, over the terrestrial PV industry’s ~40-year history, positive margins. In fact, positive margins in PV were once as rare as North America’s Big Foot (the ape-like Sasquatch rumored to live in the forests). 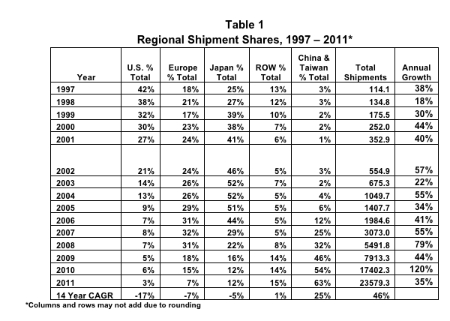 The PV industry is currently undergoing a significant change in the way it sells and deploys its technology.  Before 2005, multi-megawatt installations (termed utility scale) were not standard nor was this particular category expected to take any real market share. This particular category of installation was driven by the feed-in-tariff (FIT) incentive model and perpetuated by power purchase agreement, or PPA (tender) business models. Both FITS and PPAs assume that over time the cost/price of conventional energy will continue to rise while the cost of solar electricity will continue falling. The fallacy of these assumptions (that is, increasing conventional energy costs along with decreasing costs of solar) is made clear by the current decrease in the cost of natural gas to the hub, observations of all commodities over time along with observations of losses and negative margins among PV manufacturers over the past year or two. The current low prices of PV installations are only possible as long as prices for PV technology remain artificially low. Another example in this regard is the collapse of the housing market: just as the solar industry relied on incentives and low technology prices for growth in the mid to late 2000s, the housing industry relied on inflated values and loose mortgage policies and is now suffering the consequences of that mistake.  The reality is that the promises of grid parity and ever-lower system prices are clasping solar into a vise of unprofitability.

With solar PV, couple FITS and PPAs with the effects of aggressive pricing on an industry that was already over capacity with levels of inventory going up at the same time that incentives began falling and it becomes clear that industry was ready for a fall.

These large, multi-megawatt installations sped up the apparent commoditization of the PV module. The product of these installations is electricity. While it is currently popular to point out that the module is only one component of a system, again, as stated previously, the current low system prices are only possible because of low module prices. Balance of systems (BOS) such as the inverter, racking, et al, pricing has not decreased significantly over time. And in terms of labor, the cost of labor has increased over time and the only control over this aspect of the installation is to use less of it.  Moving forward, cheap and efficient technology will continue to be important, while system design, installation and BOS innovations will become even more crucial.

Lower FIT rates and unprofitable PPA bids are changing the application focus for the solar industry.  At conferences, sessions are being built around how to develop innovative business strategies for distributed generation solar, that is, rooftop residential, small to medium commercial installations, among others. These new discussions ignore the fact that prior to 2005, distributed generation, along with systems <1-MWp, made up the majority of PV installations.  Though none of the installation categories (remote industrial, remote habitation, consumer power, consumer indoor, and grid-connected) have changed, the grid-connected application continues to fragment in terms of customers (and what they are buying), system size and deployment.

The lessons of the last 35+ years of industry history were easy to gloss over during the profitable days of the FIT incentive.  If the lessons of history had not been ignored solar, in general, but specifically PV would have had a much softer landing than what it is currently experiencing.

Figure 1 highlights PV industry growth from 1996 through 2011.  During this time the PV industry enjoyed a 46% compound average growth rate, though it is important to remember that during most of this period the supply and sometimes the demand sides operated on low to negative margins.

Moving forward, opportunities for manufacturers to earn higher margins will be in system sales to homeowners (of all types, including neighborhood purchases), along with small to medium commercial customers as either retrofit or built in PV (BIPV).  Sold as a product, the means of electricity production, as building material, or potentially as an appliance, the module remains the most highly visible and therefore most important system component to the end users.