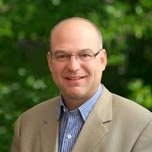 Despite the gloom of recent news trumpeting the demise of the solar industry due to the current recession, companies offering an innovative “no money down” model to pay for and install solar systems offer a ray of hope, generating new green jobs and lowering clean electricity costs at the same time.

According to the Energy Information Agency (EIA) conservative assumptions, average US retail electricity could increase up to 16 cents per kilowatt hour (kWh) by 2015. These projections underscore the importance of controlling costs for municipalities and public agencies reliant on a tax base, as well as commercial enterprises. Solar power is already competitive with the retail price of electricity in a few select states and that list will only grow as retail electricity prices continue to escalate nationwide, according to a 2008 forecast prepared by the federal Department of Energy.

Budgets of public agencies have been hit particularly hard. When revenues are lean, agencies providing critical social services — such as hospitals, schools and universities — must seek to insulate tight budgets against energy shocks while continuing to deliver needed public services.

The good news is that private enterprise has responded to the public sector’s demand for clean and predictably priced power.  A breed of independent solar power producers has emerged, and is partnering with public and commercial enterprises to provide solar PV systems with a no-money- down solar Power Purchase Agreement (PPA), of which the most exciting feature is that no capital is required. The vast majority of commercial solar PV capacity added to California’s grid between 2008 and 2009 was PPA-driven.

PPAs seem to be designed precisely for the economic and environmental realities of the early 21st Century. Under this model, independent solar producers arrange financing, develop, own and operate solar PV systems sited on the public or commercial party’s property, and in doing so create the opportunity for solar-generated electricity that was unattainable without such a structure.

In return, the public partner purchases the solar power at a rate generally lower and certainly more predictable than utilities provide for a term of twenty years or longer. Cash-strapped, but credit-worthy schools or hospitals can embrace solar energy easily and quickly — and without upfront cost or expertise required to design, construct or operate a power plant. They can lower costs, save taxpayer’s money, and direct resources to their core missions — such as providing high quality education or healthcare.

Solar PV installations create more green jobs than any other power generation technology; estimates range from 7 to more than 33 more jobs-per-megawatt than at a natural gas plant or a coal plant, the dominant electricity supply choices throughout the U.S. for new capacity installations. If the Obama Administration wants taxpayers to get the most bang for their buck, efforts to stimulate the economy should support a solar “no money down” program.

With the current economy still struggling, the PPA model offers a promising path forward, delivering great value to the public and private sectors, while tapping into the ingenuity of financial models that can accelerate the growth of the solar energy sector.

Public-private partnerships using the PPA model can help the nation begin to achieve its economic and environmental goals right now as well as in the long term.  Fortunately, private industry is already stepping up to provide these services. Eligible agencies should ask themselves what is holding them back from taking advantage of the undeniable benefits of embracing solar energy with a solar Power Purchase Agreement.

Alexander von Welczeck is the CEO of Solar Power Partners Inc. in Mill Valley, CA, the third largest third-party financed independent solar energy producer in the country with 37 projects completed in the past two years.