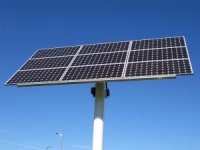 Beijing, China — China imported 5,521 tons of polysilicon in January, representing a year-on-year rise of 74.8 percent, according to the latest statistics released by the General Administration of Customs. The figure is 40 percent above the 2010 average monthly import, which was approximately 3,958 tons, providing evidence that the material is in tight supply across the country.

The domestic supply shortages are attributable to a production halt as a result of routine year-end audits performed by major polysilicon makers in China before the Chinese Spring Festival break as well as the down time during the 9-day break itself, leading to significantly decreased production and stock on hand, according to an industry analyst. The country’s polysilicon imports for February are expected to remain at the same high level.

Driven by rising oil prices worldwide, combined with tight supplies, polysilicon, which is used in the manufacture of solar PV modules, is experiencing rapid price hikes. The spot price for polysilicon has reached US$114 per kilogram earlier this month an increase of nearly 100 percent from the end of last year.

Furthermore, the Polysilicon Industry Access Standards jointly released by several Chinese regulators in January of this year significantly raise the bar for entry into the polysilicon sector. As a result, growth in polysilicon production capacity is likely to lag behind that of market demand for a long while as 80 percent of the industry’s players are expected to be squeezed out of the market due to non-compliance with the standards.

Demand in the sector is expected to grow at an annual rate of 30 percent, causing polysilicon prices to continue the upward trend, said Hou Wentao, a senior analyst at Hunan province, China-based Xiangcai Securities.

oldings, for example, recently announced an HK$17.7 billion (approx US$2.3 billion) expansion of its polysilicon and wafer facilities in China.

Chinese PV giants including Hanwha SolarOne have gotten off to a good start this year, and are reporting a substantial inflow of new orders, according to a source that attended the SNEC 5th (2011) International Photovoltaic Power held recently in Shanghai.

A report published by CIConsulting, a leading industry research firm in China, indicated that many European countries have put in place measures to cut subsidies to the PV industry since the second half of last year, leading to the speculation that the global PV market will see steep decline in 2011 given that Europe contributes significantly to worldwide sales of PV products.

However, the soaring prices for polysilicon reflect, at least to some degree, that global PV demand has not seen any dramatic drop for the time being.