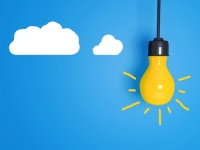 ORLANDO — A recent fire at a big-box retailer in California linked to a faulty solar installation highlights a key concern for the booming U.S. solar industry: how to develop a qualified workforce and finance worker training.

“Typically, [entry-level] workers typically can’t pay for it themselves. They don’t have the money,” warned Ezra Auerbach, executive director of the North American Board of Certified Energy Practitioners, which specializes in certification for installers of photovoltaics and solar heating.

Indeed, some solar schools already are struggling to fill classes because of inadequate funding, said Bob Ramlow, a solar trainer in Wisconsin who helped start the Midwest Renewable Energy Association.

One option to fund training could be a private-public partnership between workforce development groups and the solar industry. The government’s workforce groups could borrow money from banks or credit unions to pay for classes, provided companies commit to hire workers trained at accredited training programs, suggested Philip Haddix, project manager at The Solar Foundation, a nonprofit group based in Washington, D.C.

Another possibility might be assessing a nominal fee on solar installations — based on kilowatts or square footage — to fund a revolving loan fund that would pay for the training programs, Haddix said.

Some session participants backed the idea of a fee, happy to support moves to ensure a quality workforce and build consumer confidence in solar. But others questioned a new “tax,” suggesting money might come instead from groups that provide rebates to consumers on installations.

Participants also disagreed on how to define quality training for solar workers. No federal standards now apply, and states have different requirements. In some cases, schools are duplicating efforts to develop their own, separate solar training programs, bemoaned Patricia Call, an international consultant with UltraSystems in California who works with local community colleges that provide solar training.

“Unless the industry sets standards clearly and collaborates, we are not going to get anywhere,” said Call, one of about 40 people attending the morning session. “Many people are re-inventing the wheel.”

Canada is looking into the possibility of one standardized training and certification program to tackle the problem within its borders, said John Gorman, president of the Canadian Solar Industries Association.