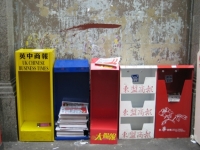 One of the pleasures of covering China is the opportunity to encounter rich and colorful language. This certainly is due to the vibrancy of the Chinese language, but it also is a commentary on the heat that a given topic generates. Normally, subjects like wind turbine installations, feed-in tariffs, import/export statistics on solar products and other bread and butter developments in the renewable energy industry do not lend themselves to such literary heights.

Trade friction, however, elicits quite evocative Chinese prose. And such is the case following SolarWorld and the other plaintiffs’ anti-dumping and anti-subsidy actions, as well as Westinghouse’s accusations of intellectual property theft.

The Chinese not only are driving down the price of solar panels, they’re also articulating the tussle over solar trade more eloquently. The language of indignation in the U.S. over unfair trade practices of the Chinese in the renewable energy space pales by comparison to the vivid expressions of hurt, disappointment and resentment, tinged with condescension and resolve, that one is now finding in the Chinese press. It’s a good thing that most Americans don’t read Chinese, because if they did, the publishing industry might be the next that is outsourced to China.

“The smoke of gunpowder rises again in the Sino-U.S. New-Energy Trade Wars,” intones one headline. Linguistically, have we written anything as dramatic as that to describe the psychodrama that is U.S.-China trade? Where are our wordsmiths to compete with the likes of “for now at least, the U.S. has chosen to ‘burn the jade with the stone’”? Even one of the most recognizable phrases from one of our most iconic presidents is being wielded against us: “the ‘big stick’ of anti-dumping/anti-subsidy actions already has dealt Chinese photovoltaic companies a crushing blow,” surely resulting in the “door to the U.S. market effectively being closed to Chinese PV companies.”

Substantively, China not only laments that the U.S. didn’t choose the route of “mutual benefit” (whatever that means in this context), but also intimates that by eschewing a “Section 301” investigation, the U.S. litigants prevent China from having recourse at the World Trade Organization and subjects the Chinese PV industry to adjudication by the (presumably biased) United States International Trade Commission and Commerce Department. The Chinese also complain that in addition to the anti-dumping/anti-subsidy actions, U.S. companies also filed claims for patent infringement against Chinese solar companies and U.S. authorities prevented Chinese companies from purchasing the assets of bankrupt U.S. solar companies (Evergreen Solar). From the Chinese perspective, there is a straight line from the Senate China currency bill, passed in October, to the “multifarious measures” of the last month targeting the Chinese solar industry.

Given China’s own often ham-handed treatment of foreign companies, the Chinese ironically have characterized our attitude as the “gangster logic” of fair trade. Yet they correctly point out that subsidies aren’t the sole province of Chinese policy and do complain that deeming China a non-market economy (until 2016 per China’s WTO accession agreement) likely will inexorably lead to the conclusion that Chinese subsidies are distorted. Significantly, the Chinese see a foreshadowing of similar actions in Europe, noting that the lead plaintiff – SolarWorld — is a German company whose business in the U.S. is relatively small.  As Li Junfeng points out, while the U.S. market accounts for approximately 10 percent of Chinese solar equipment exports, the loss of the much larger European market would be devastating to Chinese solar exporters.

In characterizing the state of America’s solar industry, as “a land swarming with famished refugees,” the Chinese indulge in their fondness for hyperbole, though they undoubtedly are correct that the travails of U.S. solar equipment manufacturers form the backdrop for the most recent trade actions. Including Solyndra, Evergreen and Spectra Watt, approximately 20 percent of America’s solar equipment manufacturing has vanished in the last year, principally because American solar manufacturing hasn’t been able to compete with the lower-priced Chinese products. At the same time, the Chinese are being deliberately provocative, though perhaps accurate, when they contend that other than undertaking significant “expansionary policies,” the “only choice” for the U.S. government to overcome our economy’s difficulties is to engage in trade protectionism. The Chinese also take another jab when they point out that trade protectionism is the route to political support taken by all candidates each presidential election cycle and that President Obama is no different in this regard.

As the rhetoric heats up, the Chinese also make clear that they “aren’t without cards to play.”  These include hiring lawyers, as Suntech, Yingli and other well-known solar equipment manufacturers are doing to contest the SolarWorld allegations, and enlisting the support of U.S. companies, such as Applied Materials, First Solar, Dupont and Dow Corning, who have a stake in the China market, to lobby Congress and the administration. The Chinese also remind us that they can take “countermeasures,” such as they did with respect to U.S. meat and poultry products in response to “punitive” tariffs on tires imposed by the Obama administration.