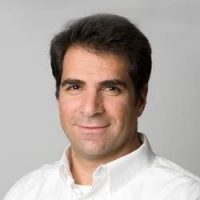 Solar thermal energy appears poised for a renaissance in the United States, as the Obama Administration presses forward with its green energy agenda. But the revival could be short-lived unless solar hot systems are maintained properly.

Consumers still remember problems associated with solar systems that were purchased during the green energy boom of the Carter Administration. Too often units were either installed incorrectly or never maintained. Energy savings was promised, but not delivered.

Today, solar thermal systems — with the help of portable data loggers — can be optimized to deliver the financial benefits residential and commercial users hope to achieve through their investments.

The global capacity of installed solar thermal collectors was an estimated 165 GWth last year, with systems in 49 countries representing 60% of the world’s population, according to Solar Heat Worldwide, a report published in 2009 by the International Energy Agency. The U.S. continues to lag behind China, Turkey, Germany, Japan, Israel, Brazil, Greece and Austria in use of the most common solar hot water heating technologies: flat-plate and evacuated tube collectors.

While the U.S. falls behind several nations when it comes to domestic solar hot water, it is a leader in swimming pool systems.  The IEA estimates that U.S. solar thermal swimming pool systems, which typically use unglazed plastic collectors, account for 19 GWth of capacity.

Additionally, installations have increased rapidly over the last decade. From 2007 to 2008, alone, solar water heating system shipments grew by 50%, bringing the total number of systems installed to 20,500, accounting for 485 MW of offset electricity capacity. Given that the nation has 80 million detached single-family homes, the potential for solar thermal growth is enormous.

The US industry is forecasting even greater market expansion because of the American Recovery and Reinvestment Act. The act expands a federal investment tax credit for homeowners by removing its $2,000 cap. The incentive is available through 2016.

Heating water for homes and swimming pools continues to be the dominant use of solar thermal technology; space heating and cooling remain relatively uncommon.  The US, however, is seeing an uptick in space heating, particularly for commercial enterprises, such as offices, apartment complexes and hotels.  Fletcher, North Carolina is home to one of the largest commercial solar thermal installations in the world. The Fletcher Business Park, which includes warehouses and offices, has 640 solar thermal rack-mounted roof collectors that provide thermal heating and cooling. Solar thermal also has strong potential in agricultural or food industries, such as poultry processing, which uses large amounts of hot water.

For the future, solar hot water systems are increasingly being discussed by energy planners as a way to help manage overall electric load on the grid.  Utilities would aggregate solar load and employ it as a demand reduction tool. So, if large numbers of homeowners use solar, rather than grid electricity, to heat hot water, and they do so around the same time of day, the utility can back down power plant operations.

Solar hot water also is increasingly viewed as a way to generate renewable energy certificates. Also called green tags, they monetize green energy use and can be sold to utilities and retail suppliers in states that have passed laws requiring that a portion of electric power come from renewable energy.  RECs can create a revenue source for solar system owners.

The Role of Data Loggers in the Solar Thermal Market

Portable data loggers — such as those developed by Onset — lend themselves to easy gathering of this information because they are small, portable and a fraction of the cost of wired sensors. By applying data loggers to these points on the system, a solar hot water installer can fine-tune the system and/or correct problems that cause inefficiency.

Equipment may have been installed incorrectly or the system may lack insulation, causing heat loss.  Based on information captured from the data loggers, installers might remove trees that shade the roof, re-route pipes, adjust temperature regulators, cover pipes or insulate tanks to improve system performance.

Data loggers also play an important role in helping customers see — in black and white — the energy savings they have achieved with solar hot water.  For example, Data loggers can demonstrate how much fossil fuel the system offsets at any given time.

By measuring and monitoring solar thermal system performance, installers can correct mistakes and fine-tune and optimize systems. As a result, U.S. consumers are likely to regain confidence in the technology, spurring what is expected to be a burgeoning market for solar hot water heaters.

Evan Lubofsky is Director of Marketing at Onset Computer Corporation.

For more on solar thermal data monitoring, incentives and technologies, watch the roundtable discussion below.