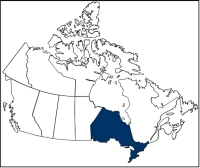 After a lengthy appeal process, the WTO recently ruled in favour of Japan and the European Union in a case over Ontario’s domestic content requirements (DCR) for renewable energy projects under the province’s FIT Program. In light of this decision, the DCR, which mandate that project developers procure 50-60 percent of the value of their installations from equipment assembled or manufactured in Ontario, are now effectively illegal under the multilateral WTO agreement. As a result, Ontario’s provincial government, which oversees the administration of the FIT Program, is now in a position in which it must make a policy choice which will likely have far reaching political and economic consequences as well as a significant impact on the province’s renewable energy industry.

While it is expected that existing FIT contracts which mandate domestic content will remain in force, there will likely be changes to these requirements for future rounds of contract awards. ClearSky Advisors, as a close follower of the Canadian renewable energy industry, has outlined several scenarios which may come about as a result of the recent WTO decision:

Do Nothing: Although this is an unlikely scenario, the Ontario government could potentially decide to disregard the WTO ruling and continue to impose domestic content requirements on renewable energy projects. By doing so Canada would force the EU and Japan to move to place trade sanctions against Canada which could take the form of countervailing duties or fines. This option is unlikely due to the potential to disrupt international relations, especially in the face of Canada’s ongoing free trade negotiations with the EU as well as with Japan as a part of the Trans-Pacific Partnership.

Priority Points and MUSH: An alternative to the two-tiered system could involve the Ontario government redesigning the FIT regulations to increase the number of projects awarded to municipal, university, school and hospital (MUSH) applicants. Such contracts would fall under public procurement for which DCR are less likely to be deemed in conflict with WTO rules. In order to do this the government may have to adjust the priority points to more strongly favour MUSH project applicants to ensure continued demand for domestically manufactured equipment.

Abandon DCR: Completely abandoning any type of domestic content requirements, although a more likely scenario than doing nothing, is ultimately less likely than favouring the MUSH sector. Abandoning DCR would likely be perceived as politically unattractive by the Ontario government since job creation and economic growth were two of the main goals of the province’s FIT program.

Impact for 2013 Forecast: Applications have already been submitted for the next round of Ontario’s smallFIT contracts, as well as for the remaining 7 MW of microFIT contracts from the current round of awards. Depending on the OPA’s response to the WTO ruling, there may be delays in awarding future rounds of contracts which will have a negative impact on installations in Ontario through 2013.

If, for example, microFIT contracts are delayed by three months, ClearSky Advisors expects that up to 10 MW of installations which would have occurred in 2013 will be pushed in 2014. Accordingly, if the 200 MW of smallFIT contracts which are scheduled to be announced in June are delayed by three months it is expected that none of this capacity will be installed in 2013.

Moving forward, it will be important for stakeholders in the Ontario renewable energy industry to stay well-informed of the OPA’s progress in awarding new contracts and to keep any delays in mind when forecasting business needs through the end of 2013 and beginning of 2014. Manufacturers with facilities within Ontario will also be best served if the government chooses to increase the number of projects awarded to MUSH hosts, and because of this, manufacturers should ensure that the relevant government agencies are aware of this preference.