More
Home Solar On the Solar Trade Case: SolarWorld and Suniva are neither Villains nor... 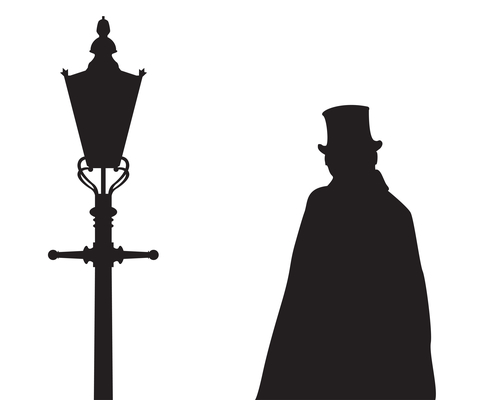 [Editor’s note: this commentary was written in response to a reader question posted on the most recent 3@3 on Solar PV in which Paula Mints and Jennifer Runyon discuss important solar issues. You can see the original episode here.]

First … there has been and will be much catastrophizing over the trade case and it is important to be clear about what is, and what is not, a catastrophe.

The aftereffects of Hurricanes Harvey/Irma/Jose/Maria/et al and the earthquakes in Mexico and other horrific natural and other events globally are truly disasters and the suffering of the people in the countries, states affected is catastrophic.

The outcome of the trade dispute and what led up to it are unfortunate problems and will affect many.

My point is that there is a difference between a disaster and an unfortunate event and the solar industry can help in the case of real disasters. SPI was a perfectly time industry event to pull together for an ad hoc fundraising effort. My understanding is that this did not happen and this is far more than merely a missed opportunity to step up to our responsibility.

Now! On to your very good questions.

First – SolarWorld and Suniva are not villains, nor would I call them victims.  The current low prices in our industry are, unfortunately, the responsibility of all participants. We, as an industry, have celebrated the low prices for over a decade and have focused on ever cheaper prices without considering the effect of these prices on quality and manufacturing viability.

We, again in general and as an industry, seemed to have merged the words cheaper and affordability to arrive at a conjoined definition that really means nothing and does not stand up to scrutiny.

Many in our industry base their understanding of costs and prices on public financial statements and announcements – particularly those from Chinese manufacturers.

Unfortunately, COGS and even Price cannot accurately (or honestly, in the arena of accurately) be derived from these instruments because of the high degree of outsourcing. When it is cheaper to buy than manufacture, then manufacturers will buy and rebrand. You do not know whose cell is inside your module – this is a true statement. You do not really know in many cases who manufactured your module despite the brand name on it.

As an example, during Q1 and Q2 a manufacturer based in China with a facility in Malaysia and current cell capacity of 3-GWp and planned year-end cell capacity of 4-GWp reported half year cell/module shipments of 5-GWp.  How is this possible?  It is possible through outsourcing and if reported COGS is used as the variable to assess cost the result will be incorrect.

Simply put, we (as an industry) no longer know what the real cost of manufacturing is and we (as an industry) have accepted that an 11 to 15 percent margin is adequate to run a healthy manufacturing operation. It is not. Some manufacturers are now reporting higher than 15 percent margins and the way they are achieving this is to buy cells and/or modules from other sources whose margins are below 10 percent.

We are ignoring this and we are on a slippery slope because of ignoring these facts and reporting and celebrating only what serves our best interest – ever cheaper cells and modules.

As margins get slimmer (or disappear) manufacturers have very few tools to fall back on when times are tight and as solar is an incentive/mandate/subsidy driven industry times will always be tight.

So, no, SolarWorld and Suniva are not villains (nor are they complete victims) and in this case — unlike the first trade case – the motives for this particular trade filing are, ahem, murky.  It is sad to see the industry lined up against itself again. We all lose when this happens.

Before the hearing for this current trade case, solar stakeholders produced a report that had very little supporting detail and produced an assessment that was more emotional than analytical — this is to be expected.

The plaintiffs produced a report that was a mirror image of the solar stakeholder report and that also had very little supporting detail and produced an assessment that was more emotional than analytical — and, this too is to be expected.

All the plaintiffs really needed was a white board with the math on it because the math is clear.

Now we are on to the remedy phase and again, reports will be produced that are light on detail and have been developed primarily to support a foregone conclusion.

One of my core beliefs is that market research which exists in a vacuum is doing a poor job of the analysis part of the discipline. Here is what I mean: the data, statistics, models, etc., are representations of real people. Analysts should never forget that our analyses are simply the reflection of human activity.  As such it is important to bring research back to people and the responsibility to tell their collective stories we are doing our job.

The point is that no one knows right now what the remedy will be and everything on this topic is conjecture. A good way to assess the probability of one remedy over another is to look at the past decisions of the current USITC commissioners.

If there is a tariff on cells, U.S. module assemblers will be harmed in terms of margins because their cost of raw material will increase.

Margins will be slimmer for some but maybe not all. However, margins are too tight for all participants currently for complex reasons.

It’s worth noting that module prices to the largest buyers (typically utility scale) did not increase after the last tariff decision.  This is because for every minimum price and tariff there is a workaround.

Chinese and other manufacturers are likely to argue that they will add module assembly capacity in the U.S. only if there is not a tariff on cells. To this, a promise or statement or announcement about a thing is different than doing the thing and manufacturers would have to see a longer timeline for demand in the US — that is, a timeline beyond the current ITC (investment tax credit) sunset for residential and its decrease to 10 percent for commercial participants in order to commit to manufacturing in the U.S.

Suniva/SolarWorld’s attorneys are likely to argue that the companies can recover if a minimum price/tariff is put in place. This is likely for SolarWorld America (whether or not it is sold) but not very likely (though also not impossible) for Suniva. Again, neither are villains.  Though the reasons for the filing were murky in the end the companies were trying to survive much as demand side participants that buy cells and modules at extremely and artificially low prices are trying to preserve margin and survive.

Reducing cost is a goal for all industries — reducing price is not necessarily a goal for all industries. Cheap and affordable are different concepts. Concerning the affordability (cheap) question, as Hurricanes Harvey/Irma/Jose/Maria/Et al have clearly shown us, cleaning up after climate-accelerated disasters is much more expensive than paying to install more renewables. Affordability is in the eyes of the beholder.

Lead image of Jack the Ripper and a streetlight credit: DepostiPhotos.com.

You can purchase Paula Mint’s Annual Photovoltaic Manufacturer Shipment Report for a discounted rate at this link.