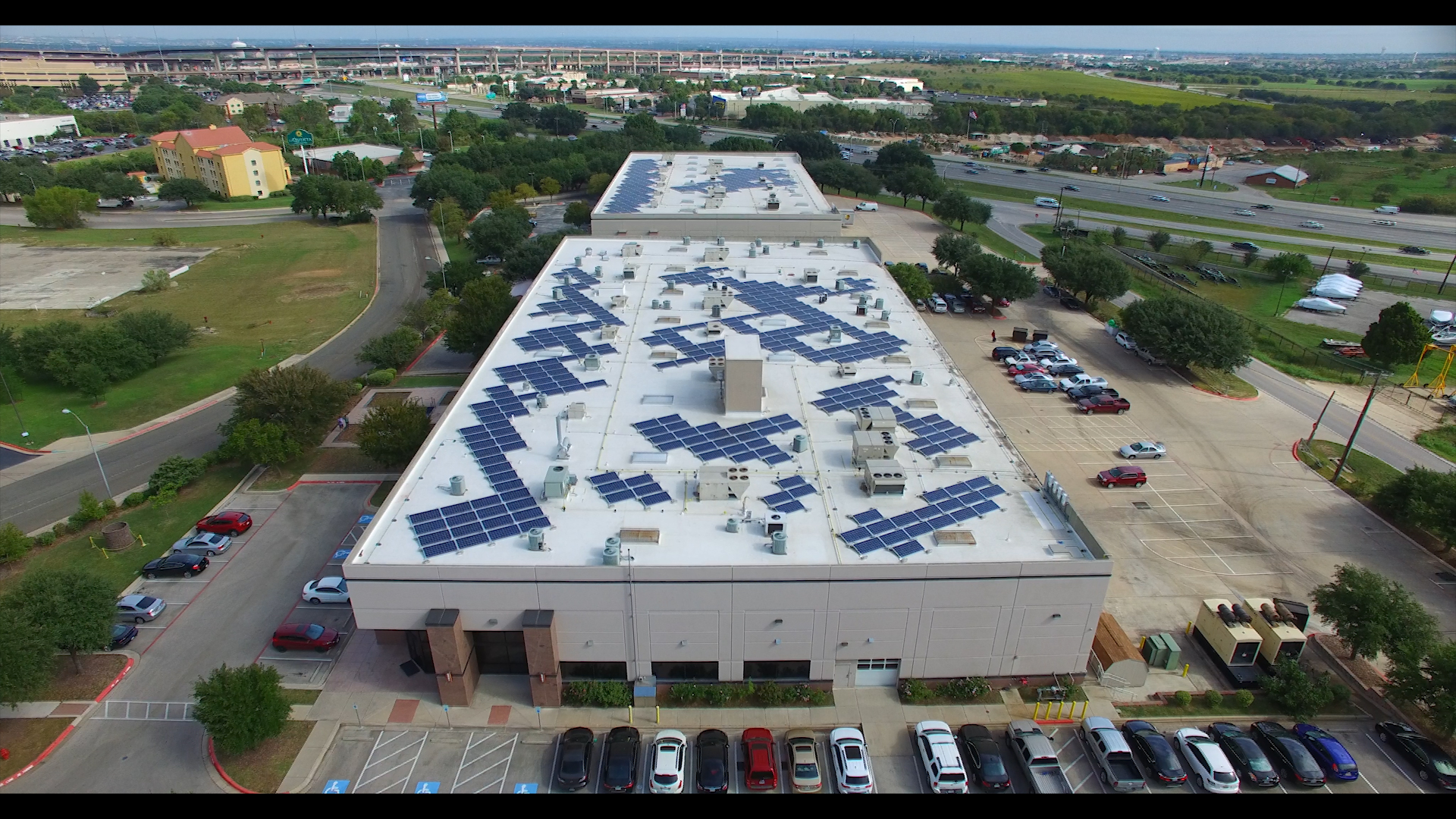 Premier Research Labs (PRL) [www.prlabs.com], located in Austin, has been developing and distributing nutritional supplements worldwide for over 25 years. They are well known for providing an uncompromising commitment to ingredient integrity, potency, and quality in all of their nutritional offerings.

NATiVE met Abel Herrera, the Facilities Manager at PRL, in early 2016. When Abel first came to PRL he was focused on two objectives:

Abel realized that installing a solar array on their facility would allow them to accomplish both goals. PRL originally was approached by another solar company, but when Abel became involved, he decided to do some of his own research into the local solar installers that specialized in commercial installations. After talking with NATiVE, Abel felt that this was the best company to enable PRL to start generating their own power.

In August 2016, NATiVE installed eight SolarEdge inverters along with 316 Hanwha solar panels on their two facility roofs. NATiVE was able to create a design that maximized production while working around a lot of existing rooftop equipment. This system will produce an estimated 145,600 kWh annually, offsetting PRL’s electric bills by 47%. Because this system was in the Oncor Electric Delivery’s territory, PRL was able to apply for Oncor’s Small Commercial Rebate Program with the help of NATiVE’s Commercial Team. PRL expects to recoup their system costs in under seven years.

When Abel was first looking into solar, he says that NATiVE was “amazing, knowledgeable, helpful, patient, and persistent,” in helping him meet his goals. He was happy with how NATiVE was thorough and answered all his questions and concerns in a timely manner.

Abel continues to say he is 100% satisfied with the experience and installation, that they asked for ‘X’ and NATiVE delivered ‘X’,’Y’, and ‘Z’. NATiVE was patient and flexible while waiting on internal decisions from PRL, and when it was time to move, the NATiVE Commercial Team reacted promptly. Abel was impressed with NATiVE’s customer commitment and ability to go the extra mile. When rating his experience with NATiVE he gives it a “12 out of 10.“

PRL has plans to build an additional site in the open lot across from their current location. When they do, Abel notes, “we are definitely going to put solar on that building.”

Abel recommends NATiVE to any businesses or members of the community interested in solar. To learn more, please feel free to reach out to us for his contact information.