More
Home Solar Notes from the Solar Underground: The Danger of Conjecture 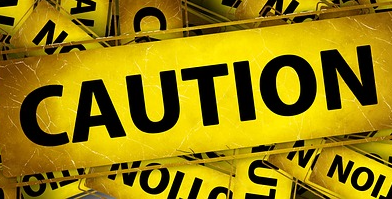 As with advice, conjecture is easy to give as typically the conjecturers, as with advice givers, have little at stake and sometimes much to gain. First and foremost, conjecturers gain attention, second but not necessarily second-most, if the eventual outcome falls anywhere in the vicinity of the initial conjecture, the giver gains credibility.

The current trade petition is leading to an up-swell of conjecture. This is typical in times of uncertainty because people are uncomfortable with it and naturally seek out reassurance that the future will a) be in their control and b) be better than feared. Some reassurance has the weight of smoke that is, it can be dense and difficult to see through but eventually it will dissipate. Sometimes conjecture is nothing more than common sense disguised as insight. Successful management consulting firms have based their practices on the development of reassuring reports for years.

Here are the known facts about the trade petition: The ITC will hear it on August 15 (as of now), the decision will be announced on Sept. 22 at which point (if necessary) the remedy phase will kick in.

The current trade petition was filed under Section 201 of the 1974 Trade Act and sets a high bar for petitioners. The injury must be serious. The ITC (US International Trade Commission) has 120 to 150 days to report its findings to the president.

The Trade Act of 1974, in theory, was designed to expand U.S. manufacturing participation in global markets and reduce trade barriers. It also — and this is important — gave the President broad fast-track authority. Under it, the U.S. president can give temporary relief to an industry. Gerald Ford, who became the 38th president after the resignation of Richard Nixon, was president at the time. The Trade Act of 1974 was deemed necessary because it gave the president a stronger negotiating position during the Tokyo multilateral trade negotiations. It was set to expire in 1980 and has been extended several times. President Bush used Section 201 in 2002 to increase tariffs on some steel imports to the US.

The table below offers some conjecture on what cell prices MIGHT be IF a tariff is applied. Everything in the table, as with most conjecture, is pure speculation.

One, two, three or more words about conjecture … it is helpful in small doses and if used to help the purveyor focus on planning for future outcomes. As with anything though, a diet of too much conjecture will harden the arteries or lead to a sugar high addiction that will need to be repeatedly fed with more conjecture. This is because when we partake of conjecture we are really looking for reassurance that we have some control over the future ahead of us. 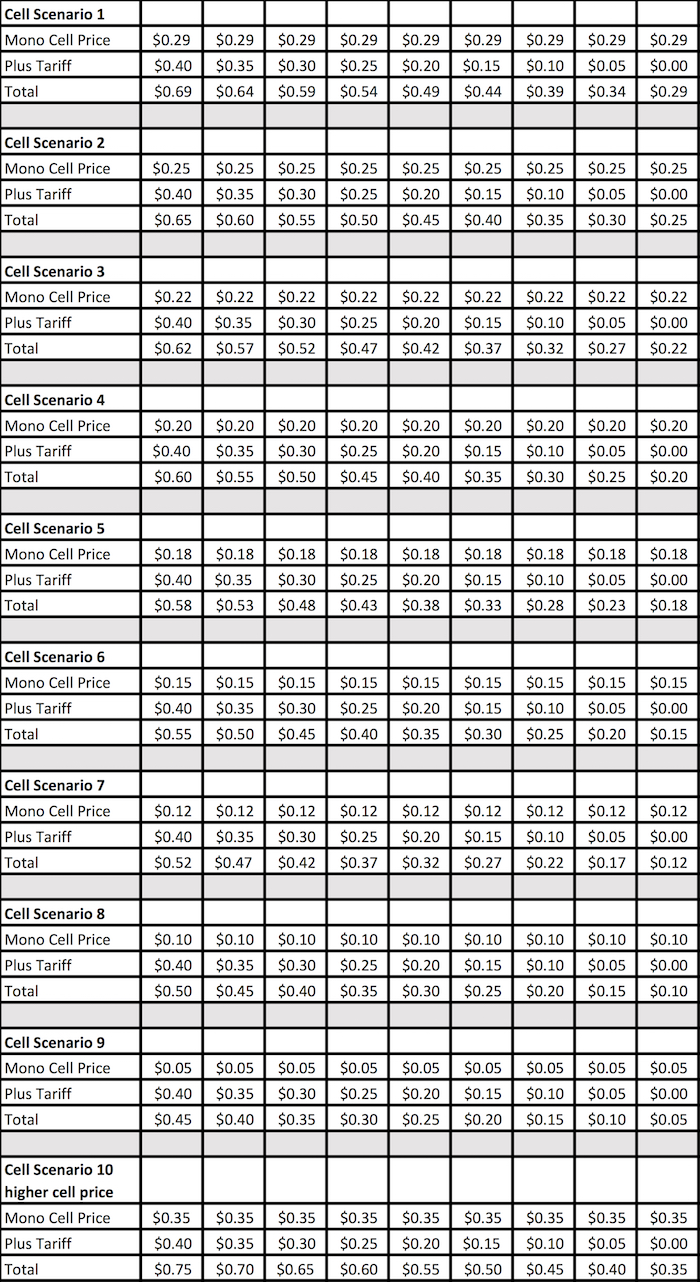