More
Home Solar Notes from the Solar Underground: The Commoditization of the Solar Industry and... 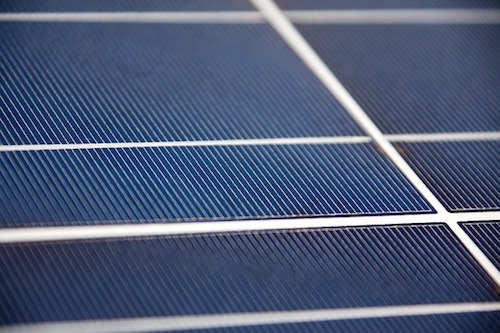 Philosopher, essayist, poet and novelist George Santayana said: Those who cannot remember the past are condemned to repeat it.

The solar industry is expert at repeating its behavior and justifying the often tragic results by referring to them as the solar roller coaster or, the solar coaster.

To be clear, the industry’s behavior is closer to a Shakespearean tragedy than it is to a carnival or theme park ride. People choose to ride roller coasters because once the ride begins they lose control for a brief period. They can enjoy the feeling of being safely out-of-control. On a roller coaster the thrills and chills are temporary.

In the solar industry a downward swoop typically means lost money, jobs as well as the dreams of the solar workforce from one end of the value chain to the other, including suppliers. Solar is a feel good industry that encourages all participants to be part of the dream of working towards a cleaner environment. When companies such as SunEdison, Solyndra and others overreach and misbehave dreams are shattered from the top of the company right down to and including the people who answer the phones.

Of course, decisions made at the top often lead directly to the downward slide.

The choices solar industry participants make consistently — and over-and-over again — are completely within their control. Whether it is demand side participants buying components at prices that are inarguably too good to be true or it is supply side participants choosing to sell product at prices with razor thin or negative margins, choices are being made. Solar participants are not giving up control of their future, they are abdicating it.

Blame the fact that so few people understand the time, money and effort required to develop and manufacture high-quality solar technologies on a reliance on press releases for news about the solar industry.

Manufacturers drive these misunderstandings by not properly explaining that champion results are not analogous to or in many cases near commercial viability. The passivated emitter rear contact (PERC) solar cell, now gaining market traction, began its long trudge to commercial competitiveness in the mid-1980s. When manufacturers announce results without fully explaining these results the effect is misleading and also furthers the illusion that breakthroughs are imminent.

Waiting for the next technology breakthrough is like Waiting for Godot, the play by Samuel Becket about the meaningless of life and where Godot never arrives. The definition of breakthrough in the solar industry is amorphous and essentially meaningless given the many profound breakthroughs that have inched the photovoltaic industry forward to where it is today — undervalued for the very technology crucial to it, the solar cell.

PR-driven solar news has trained readers to expect a constant stream of advancements and dulled the senses to the true nature of advancement. Technology breakthroughs are, as previously indicated, years and potentially decades from idea to prototype to champion result to pilot-scale production to commercial competitiveness. Advancement is driven by repeatability, that is, doing the same experiment or test again and again and again and again until an average result is achieve and can be repeated – again and again.

In the mid-2000s, companies such as Applied Materials, Oerlikon and others tried to leapfrog over the historic development timeline by offering turnkey manufacturing so that new entrants eager to make a buck in the photovoltaic industry could avoid years of trial and error and jump immediately into commercial production. Years of announcements later the turnkey PV manufacturing model is rarely mentioned.

Recently Elon Musk announced a new BIPV product from SolarCity’s 1-GWp New York Silevo production facility. The problem with this announcement is that the facility is not in production and there are no commercial Silevo products available. Thus, expectations have been stimulated for the availability of a second product when a first product is not available.

Solar conferences compound the problem by providing little in the way of education or actual facts about technology development. Better information is available at the scientific conferences, such as the IEEE PVSC, but at the 2016 PVSC in Portland, Ore., an executive from Solar Frontier spent 15 minutes describing the history of the company and leaving out salient facts, such as current production costs, average prices and the commercial efficiency of its commercial CIS modules.

At the 2016 Solar Power International Conference in September during a focus group, several people said that they were bored with the solar cell, referring to it as a commodity and wondering when the next breakthrough would be announced.

The Commoditization of the Solar Industry

Unfortunately, as CdTe, CIS, and crystalline solar panels may or may not look different from each other and the assumption is that there is no differentiation and they are thus commodities. The belief that the solar panel is a commodity is what led Applied Materials, Oerlikon and others to assume that solar cells could be rapidly mass produced just like any other diode and panels churned out like so many LED television screens. Note again that those who believed this are no longer selling the concept of turnkey solar cell manufacturing lines.

Again, the assumption that solar cells — thin film or crystalline — are commodities ignores the science and the nuance and the decades of effort as well as the decades of experience required to produce a commercial product. The module frame is closer to being a commodity than the cell, but even that is a stretch.

The industry has effectively, though not correctly, commoditized itself by agreeing by virtue of its behavior to compete almost solely on price and by celebrating unreasonably low prices as progress. Industry participants have created the myth that the solar panel is a commodity simply by repeating that it is one and assuming that repetition alone renders something a fact.

Repeating something ensures that it will become repetitive, it does not confer legitimacy on the statement that is being repeated.

The Current Module Pricing Situation — Abandon All Hope, Those Who Manufacture Here

The reasons for the rapid decline in module prices globally are very clear and they are not based on progress in either cost reduction or conversion efficiency increases.

Unlike the mid-to-late 2000s, current low prices are not the result of an aggressive pricing strategy to capture share nor is this dumping. The current low prices are the result of production to meet China’s ballooning market, the government abruptly let the air out of the balloon, and the cell and module inventory stranded in the wake of high levels of production and government actions to slow the domestic market.

That photovoltaic module and cell prices are descending rapidly is obvious to manufacturers and buyers. Prices are falling daily and will continue to fall until the production that was meant to be installed in China is worked down. Meanwhile, manufacturer capacity expansion plans are being pulled back and layoffs have begun.

The only manufacturers for whom this is good news are those who were not yet commercial. These manufacturers have been offered a face-saving way to shutter capacity. For commercial manufacturers — even in China — the pricing slide is akin to being a passenger in a plane that hits a never ending air pocket. Prices are plummeting, taking jobs, quality and future plans with them.

Forgetting high efficiency manufacturers, such as SunPower and LG, the current average price for modules in the U.S. is $0.55/Wp. The range is $0.45/Wp to $0.71/Wp.

Figure 1 offers price and shipment history from 2006 through a 2016 estimate. The global average is a weighted average all prices in a market throughout the year and is based on a representative global sample. Concerning the estimate for 2016, it is the estimate based on the current situation and given the pressures could be $0.02/Wp to $0.04/Wp lower.

Meanwhile, Back on Planet Margin

Many people are working overtime to tie the current situation of low pricing and strained margins to the early 2000s. The situation today is, as previously discussed, different.

In 2004, the global PV industry entered a period of prolonged accelerated growth stimulated by the European feed-in tariff incentive, which spread quickly from Germany to other countries. In its early iterations, this incentive was simple and profitable and as such invited investors to take risks on non-commercial technologies. The utility-scale (multi-megawatt) application was an outgrowth of investor interest in seemingly stable feed-in tariff returns.

During the early 2000s, capacities to produce technology increased significantly while prices decreased significantly; for example, prices decreased by 42 percent in 2009 over the previous year, by 16 percent in 2010, by 23 percent in 2011 and by 45 percent in 2012. Unfortunately, these price decreases were misunderstood as a sign of economies of scale and it was widely assumed that the industry had reached grid parity. These assumptions were largely based on the misunderstanding that price was closely correlated with cost and that price decreases represented progress.