More
Home Solar Notes from the Solar Underground: At the Intersection of Innovation, Technology and... 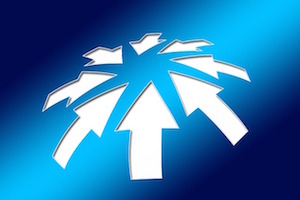 With apologies to Shakespeare, a readjustment of Sonnet 116, stanzas 1 through 8:

Let me not to the marriage of technology and market
Admit impediments. Innovation is not innovation
Which falters when market barriers it finds,
Or bends with conventional energy competition to remove.
O no, it is a dedicated mark
That looks on market misunderstandings and is never shaken;
Research, development and innovation are the stars to every wand’ring fad,
Whose worth’s unappreciated, although its necessity be accepted.

Whether the market makes a flawed decision or not, the market is always the decider, and whether its decisions are based on price, personal beliefs, wanting to be part of the newest trend or fad or technology direction or for any number of other reasons, the market is the ultimate judge of whether a product or technology will meet success or fade away.

Markets are made up of people interacting for various reasons and with various goals. Driving people in highly competitive markets with many actors towards a new solution is nontrivial to the extreme because individuals are influenced by their internal biases including the sunk cost bias and confirmation bias as well as by the cost of switching to a new technology or product.

All up and down the solar value chain participants tend to be risk-averse. Call it technology anxiety or technology skepticism a constant barrage of PR announcing champion results for cells, upcoming technology directions, product availability and portraying every company as a leader in its space … well, too much unspecific enthusiasm will make a skeptic out of the most stalwart optimist.

Technology development, that is R&D of new solar PV and other solar technologies, is the slow-moving driver of the global PV industry without which there would be no champion cell efficiencies to announce, no government incentives to drive demand, no business models to take advantage of the incentives and no accelerated growth to appreciate.

Without innovation, dedication and a lot (a lot) of money, there would be no PV cell technologies, and without market buy-in no matter how achieved there would be no solar industry. In a market teeming with investors, venture capitalists, corporations, scientists, engineers and normal people just trying to understand what it means to them, misunderstandings about the timeline necessary to bring a PV technology to commercial production has doomed many a technology before it had a chance to innovate.

As a side note, not all ideas are worth investing money in, and not all technologies will be accepted in the market. For a technology or business model to be truly innovative it must find market acceptance because it must solve a problem; change behavior; take the market in a new direction; or all of the above. Like it or not, an un-adopted innovation has failed at its primary job — to be adopted and change (in some way) behavior.

An example of a failed innovation is turnkey manufacturing of amorphous/micro-morph thin film technology. In the mid-2000s the cost of polysilicon was high and the availability of crystalline product was low. At the same time the feed-in tariff incentive in Europe was driving demand for solar installations to gigawatt levels of deployment.

Applied Materials and Oerlikon (among others) entered with the idea of selling equipment to companies wanting to enter the solar industry by leapfrogging over R&D and pilot scale production. One assumption supporting the turnkey solar concept was that crystalline would always be expensive.

If the a-Si/micro-morph turnkey manufacturing concept had been successful it would have been innovative. As it failed, rapidly and dramatically, it was not innovative.

Another example of a failed innovation is the CIGS manufacturer Solyndra, which planned to enter with a new form factor for a solar module. Among the many problems of the Solyndra concept it required a flat white roof to achieve its projected performance. It was not innovative because it failed, though, there are basic reasons it failed beyond the necessity of a flat white roof for installation.

In the solar industry, the timeline from lab-scale research through pilot-scale production to commercialization is decades. Research and development into SunPower’s crystalline IBC (interdigitated back contact) crystalline cell began in the 1970s at Stanford University. In 1975 research was published on IBC cells. In 1987 Ron Sinton, Sinton Instruments and winner of the 2014 Cherry Award, and the team at Stanford developed a 3 mm x 5 mm IBC cell with 28.3 percent conversion efficiency; this cell, which could not be soldered and was not stable, was a research step on the long innovative timeline from idea through commercialization.

Manufacturers are currently either announcing plans to add capacity to produce PERC (passivated emitter and rear cell) crystalline cells and modules or are actively adding capacity. Research into this technology began in the 1980s with the first paper published in 1989.

The point of this history is that technology development is a slow and rigorous process. At the end of this process market acceptance is not assured.

From idea through R&D, pilot scale, commercial production and finally finding a market, it’s about the money before it’s about anything else. Millions of dollars have been poured into the solar industry often without a successful outcome. Money is necessary and the dance to get that money leads directly to the kind of announcements that confuse observers and investors of the solar industry. Announcements have led to an underappreciation of the true innovative nature of commercial solar technologies and of the necessity to continue feeding the research machine that eventually grinds out a technology that has the potential to innovate.

The solar industry is populated by successful innovators and innovations from scientists working decades to develop solar cells, engineers designing modules, governments developing incentives to drive demand and business people creating models that enable adoption — solar in the universal sense, is an example of a successful and hard won innovation. All of this effort should never be taken for granted.