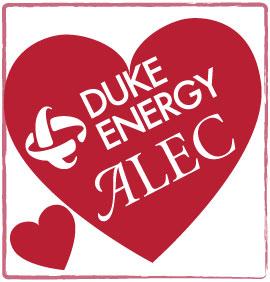 In a sign it will seek to maintain its monopolistic control of North Carolina’s energy generation, Duke Energy CEO Lynn Good criticized solar net metering in a meeting with local reporters on January 22. According to the Charlotte News & Observer’s John Murawski, the utility will push for “reducing how much North Carolina households are paid for generating electricity from solar panels.”

(This is part one of a series on attacks on net metering in 2014 from the Energy & Policy Institute. Check out part two here and stay tuned for part three.)

The American Legislative Exchange Council (ALEC) recently released a model resolution calling for the weakening of solar net metering policies that threaten the traditional utility industry business model. ALEC is one front group that the utility industry is using to push for changes to net metering policies — a valuable ally for the utilities to lobby state legislators from across the country. Duke Energy is a member of ALEC. 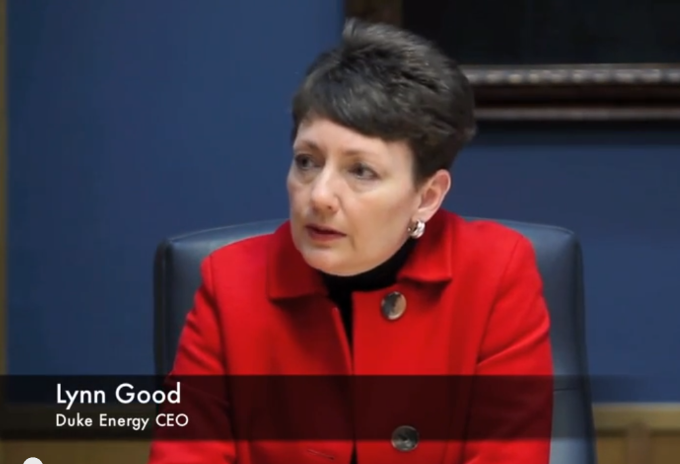 Good claimed that the company was supportive of solar power and wanted it to be a part of the portfolio. In reality, Duke Energy Carolinas generates approximately 57 percent of its electricity from coal and natural gas plants, another 26 percent from nuclear power plants, and only .04 percent from solar. The reality is that solar is less part of the utility’s portfolio and more of an afterthought.

TUSK (Tell Utilities Solar Won’t Be Killed) has launched a new ad highlighting Duke’s attacks on solar and emphasizing that Lynn Good was looking out for Duke’s stock price by “ensuring we get paid.” In a press release last week, the NC Sustainable Energy Association said, “utilities are attacking net metering and rooftop solar to protect their bottom line and monopoly control, plain and simple.” 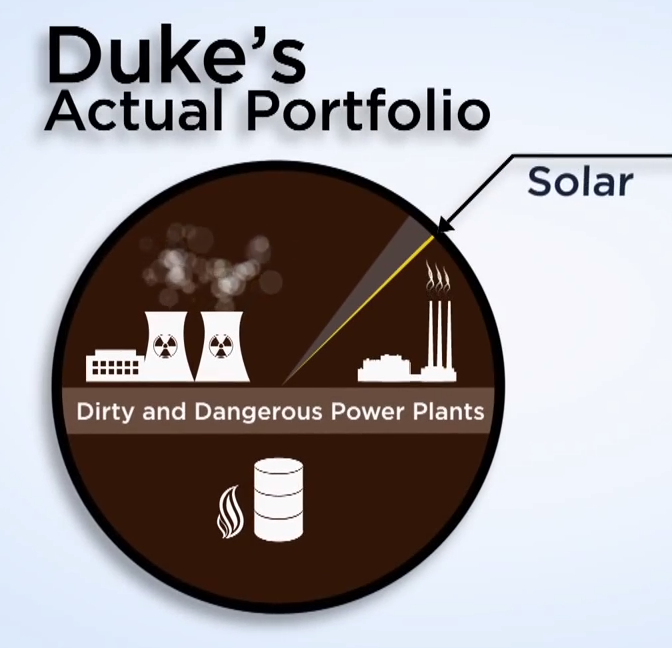 Duke recently issued a request for proposals for 300 MW of solar photovoltaic systems to meet North Carolina’s Renewable Portfolio Standard (RPS), which requires investor-owned utilities (like Duke) to generate 12.5 percent of their electricity from renewables by 2021. However, Duke’s RFP says that proposals can either provide renewable energy credits (that would allow the company to meet the RPS requirement) or allow Duke to take ownership. Duke was clear in its preference to purchase these facilities (most likely already under construction), saying “it will allow us to better locate and integrate the new capacity into our energy mix.” But ultimately, it would allow Duke to maintain its stronghold on electricity production in its territory.

Duke Energy serves 3.2 million people in the state of North Carolina, with only 1,300 private homes currently using the net metering policy. As the price of solar continues to drop, more people will install solar and become electricity generators. By gutting the net metering policy now, Duke would hinder the adoption of more solar energy in the state. And, if Duke waits to address net metering’s threat on its business model, there will be a much larger constituency to deal with in the Tar Heel state in years to come.