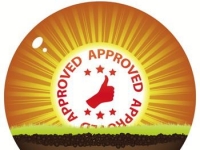 New Hampshire, USA — NextEra Energy has received local approval for the initial phase of one of the biggest solar photovoltaic (PV) projects in the U.S. development pipeline.

Riverside County supervisors this week gave a thumbs-up to their portion of the first phase of NextEra’s proposed 750-MW McCoy Solar Energy Project in Southern California. Officials issued a conditional use permit for a 50-MW array on 477 acres of privately owned land, incorporating roughly 516,000 individual solar panels as well as inverters, up to two water wells, a portion of access road, and access to a distribution line owned by Southern California Edison (SCE). As part of the deal, NextEra will pay $150 per acre for the project’s proposed 30-year lifetime, increased two percent annually.

This deal is part of the McCoy project’s initial 250-MW build-out by First Solar (the project’s original owner) to be operational by 2016, and it already has a power purchase agreement with SCE. The rest of this phase, and pretty the entire amount of the McCoy project, is on public lands (700 MW spread across ~4,100 acres). It was one of several large-scale solar projects approved last spring by the Department of Interior.

The rest of the McCoy project’s status isn’t exactly clear: who will build it the other 500 MW and by when, and who will buy the power produced. California is racing toward meeting its renewable portfolio standard (RPS) requirements of 33 percent renewable energy mix, though recent legislation removed any implied “cap” to that number, which many are urging should be reset much higher in the coming decade or so.

McCoy is one of several large-scale solar plants in development in this area of southern California. Earlier this year the California Energy Commission approved NextEra’s proposed redesign and scale-back of its Blythe solar power project to just under 500 MW and solar PV instead of concentrated solar power (CSP). McCoy also is close to the 550-MW (AC) Desert Sunlight solar farm, which NextEra bought from First Solar, and is projected to come online in 2015.