American innovators still have some cards to play when it comes to squeezing more efficiency and lower costs out of silicon, the workhorse of solar photovoltaic (PV) cells and modules worldwide.

A recent breakthrough — the product of a partnership between manufacturer TetraSun and the Energy Department’s National Renewable Energy Laboratory (NREL) — could spark U.S. solar manufacturing when the approach hits the assembly line next year. The innovative design, simple architecture, and elegant process flow for fabricating the cells make the technology a prime candidate for large-scale production.

Solar industry leader First Solar acquired TetraSun in April 2013, about the time R&D Magazine honored TetraSun and NREL with one of its coveted R&D 100 Awards for the year’s top innovations. 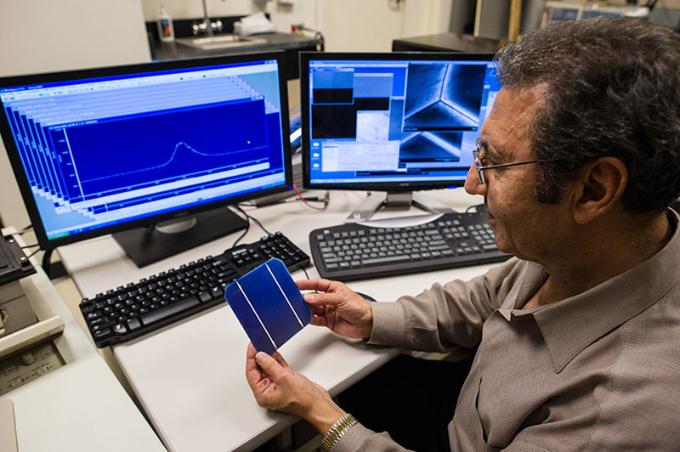 Typically, silicon PV cell manufacturers add a grid of thin silver lines to the cell via a screen-printing process to form the front contacts.

The TetraSun cell instead loads 50-micron-wide copper electrodes on its front contacts in a way that prevents diffusion of the metal — which can degrade performance. The new process exceeds the performance of traditional heterojunction cells without the need of any special equipment, complicated module assembly, or costly transparent conductive oxides. That adds up to a significant cost advantage when it comes to high-volume manufacturing.

Symko-Davies was referring to the Shockley-Queisser limit, which postulates that the efficiency of silicon solar cells can’t exceed 29 percent; that is, no more than 29% of the photons that hit the cell can be converted into electricity. Modern monocrystalline solar cells don’t achieve much higher than 22 percent conversion efficiency due to practical considerations such as reflection off the cell and light blockage from the thin wires on its surface. That’s why analysts are enthusiastic about the TetraSun cell, which comes in at 21 percent efficiency even as copper replaces silver to lower the cost.

TetraSun had a unique idea, but NREL’s measurements and characterization capabilities made it practical. “As the margins go down with silicon, the cost of every component becomes significant, especially when you’re talking about square miles of this material,” said NREL Principal Scientist Mowafak Al-Jassim. “We’re trying to make enough of these solar panels to generate gigawatts of power. That’s a lot of silver. We needed to replace silver with an equally good conductor, but one that was much cheaper.” 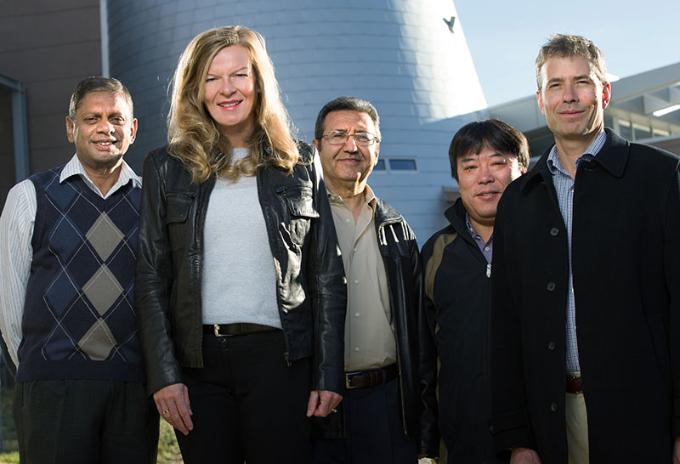 Copper is a good conductor and connector, but unlike silver, copper doesn’t like to stay where it’s put. Researchers had to find a way to control the diffusion of the copper so it wouldn’t shunt off and short out the cells and modules. Al-Jassim’s role was to develop the means to characterize the new contacting scheme that uses copper. He turned to scanning capacitance microscopy to investigate and optimize the electrical properties of the contacts.

As NREL and TetraSun perfected the technique, the partnership between the national lab and the private company was akin to long-distance chess, with e-mails and packages traveling back and forth. TetraSun would send a sample, and NREL would examine the uniformity and continuity of the copper on the device.

The first several times, NREL researchers peering through microscopes at the copper saw not ribbons, but beads, representing discontinuity of the metal, a serious imperfection that causes poor performance of the cell. It was back-and-forth forensics work, examinations of tiny sections of large silicon wafers — 156 millimeters on a side, larger than a CD case.

“We’d e-mail TetraSun the results; they’d see all those imperfections and try a different recipe or approach. We’d test it again, and e-mail the results again,” Al-Jassim said. “Eventually, we got what we wanted to see.

“It was a very laborious process because we had to sample many parts from various areas of the cell,” Al-Jassim added, noting that the copper grids are about one-twenty-fifth the width of a human hair. “But that’s where NREL shines — when we are measuring at the nanoscale.”

NREL also helped TetraSun increase cell yields while keeping a high efficiency. “We told them why the good cells were good, and why the bad ones were bad,” Al-Jassim said. “It really is scientific detective work. It’s not easy, but NREL is very well equipped to do this.”

Maximizing Savings More Essential Than Ever 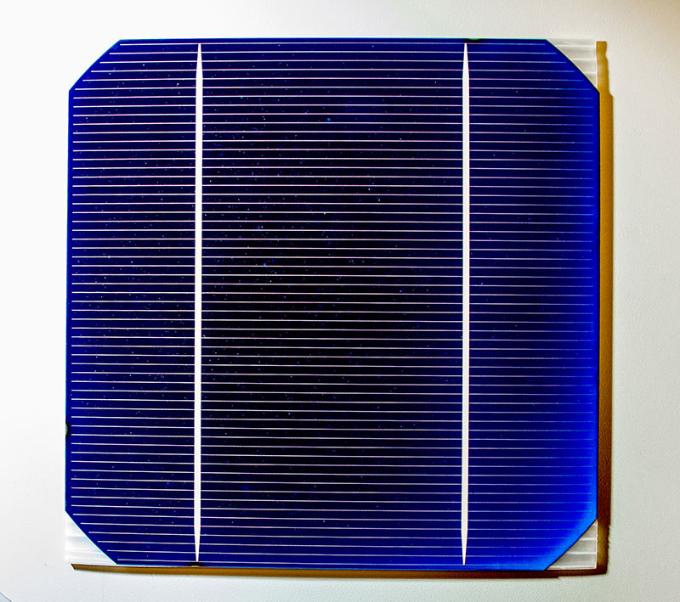 The importance of squeezing every last penny of savings from a solar cell has grown rapidly the past five years, as manufacturers try to ramp up to gigawatt scale and as the Chinese industry has lowered costs and margins.

Lately, companies almost always have had to increase costs to improve the efficiency of their solar cells. “TetraSun was able to keep the costs down while improving efficiency by two absolute percentage points, which is very significant,” Al-Jassim said.

NREL’s Harin Ullal, who managed the research with TetraSun, said achieving 21 percent efficiency in just 18 months is unusual — and indicative of the cell’s disruptive technology. “That compares to 17 percent to 19 percent efficiency for screen-printed silicon cells,” he said.

Ullal noted that the new technology, besides replacing expensive silver with abundant copper on the front contact grid, uses n-type silicon wafers, which have been doped with impurities that give them an excess of conductive electrons. (By contrast, p-type cells are doped to have more electron holes than electrons.) The n-type wafers can improve cell efficiency compared to the more common p-type wafers, which can suffer light-induced degradation. The innovations in the TetraSun cell structure design, corrosion resistance, and choice of n-type silicon material doping all added up to the efficiency gain of more than two absolute percent.

“By 2020, this technology could potentially reach the Energy Department’s SunShot target of one dollar per watt for PV systems and about 6 cents per kilowatt hour for electricity generation,” Ullal said.

First Solar built its worldwide reputation on cadmium telluride solar cells, which come from the second and sixth columns of the periodic tables. Those elements are costly by the pound, but require such thin layers that they can challenge silicon on price. But today, silicon continues to grab the lion’s share of the solar market. With the acquisition of TetraSun, First Solar now is poised to have a presence in both thin films and silicon.

“This breakthrough technology will unlock the half of the PV market that favors high-efficiency solutions, which has been unserved by First Solar to date,” Hughes said at the time of the R&D 100 Award announcement. He said that adding the TetraSun option to First Solar’s market-leading cadmium telluride cells “gives us a unique end-to-end suite of solutions” to serve the spectrum of commercial applications.

“There has been tremendous focus in the solar industry on improving cell efficiency and cost,” Ullal said, noting that often technical advancements that offer efficiency improvements are more complex and costly. “This technology is special because it offers improvements in both performance and production cost at the same time.”