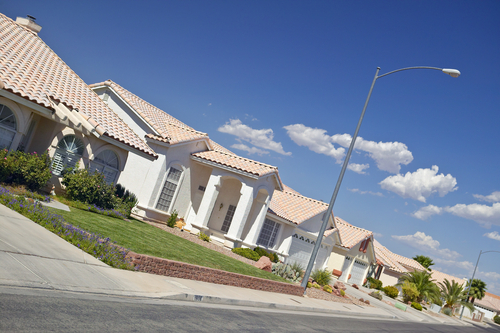 It’s about to get more expensive for homeowners to go solar in Nevada.

The state’s public utilities commission filed Monday a draft order that would reduce the credits that customers get when they sell power back to the grid. The so-called net metering payments were a strong incentive for individuals and businesses in the state to install their own solar panels in recent years.

The proposal comes as states across the U.S. are grappling with how to spur the development of clean energy sources while ensuring operators can collect enough money to maintain and update their grids. Warren Buffett’s electric utility in Nevada, NV Energy, had proposed increased charges and reduced payments to rooftop solar customers, saying the current model forced non- solar customers to subsidize those who did use the green power.

“Under existing rates, costs are being unreasonably shifted away from small commercial and residential net metering customers to other ratepayers,” the commission said in a statement. That has resulted in “non-net metering customers paying higher rates to compensate for the reduced collection of revenue.”

The commission said annual subsidies for each residential solar net metering customer in southern Nevada averaged $623. They were $471 in northern Nevada. Under regulators’ proposal, solar customers would also have to pay increased connection charges to hook up to the grid. The changes would apply to all customers and be phased in over four years, starting in January.

Jennifer Schuricht, a spokeswoman for NV Energy, declined to comment on the net metering draft order.

SolarCity Corp., the biggest rooftop solar installer in Nevada, said the proposal would force it to cease sales and operations in the state if passed by the commission.

“It will destroy the rooftop solar industry in one of the states with the most sunshine,” SolarCity Chief Executive Officer Lyndon Rive said in an e-mailed statement. “There is so much wrong with the decision, the only option for the PUC is to reject it. The one beneficiary of this decision would be NV Energy, whose monopoly will have been protected.”

If approved, the draft proposal would hand another victory to NV Energy. The utility has been fighting customers who are looking to get at least some of their power elsewhere to reduce costs and draw more electricity from renewable sources. The order will need approval by Nevada’s three-member commission at a meeting scheduled for Tuesday.

Three of the largest casino operators in the state — MGM Resorts International, Las Vegas Sands Corp. and Wynn Las Vegas — filed to leave the utility earlier this year. While their proposals were approved by the PUC, the regulator said last month that they would have to pay a combined $127 million in exit fees to compensate customers who stuck with NV Energy. All three gaming companies have requested that the decision be reconsidered.

NV Energy’s lobbying on the rooftop solar issue has complicated Buffett’s efforts to burnish his company’s green credentials. The utility unit at his Berkshire Hathaway Inc., which owns NV Energy, signed on to the Obama administration’s climate pledge earlier this year. The company is one of the largest operators of wind and solar power in the country. Already, it has spent more than $15 billion developing renewable energy projects and committed to invest as much again in the years ahead.