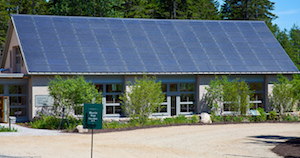 In a Dec. 19 statement, the Maine Public Utilities Commission (PUC) said it is continuing its review of the comments received from its Sept. 13 Proposed Rule on net metering and hopes to decide the rulemaking issues during the first part of 2017. The PUC held a public hearing on the Proposed Rule on October 17, and it said it received several hundred written comments.

“It remains clear that changes in technology and costs of small renewable generation, particularly solar PV, require a careful review of the current Rule and potential modifications,” PUC Chairman Mark Vannoy said in the statement. “The comments and participation of stakeholders to date have been helpful. The rulemaking process is iterative and therefore takes time. This process is occurring pursuant to the current law and Rule. Should the Legislature change the applicable law, the Commission will act accordingly.”

According to the PUC, Chapter 313 of the PUC’s rules governs net metering in Maine. In January, Central Maine Power Company (CMP) filed a letter stating that, at the end of 2015, the cumulative capacity of the generating facilities for which CMP has net metering agreements under Chapter 313 is approximately 1.04 percent of CMP’s annual peak demand. The PUC said that CMP requested that the PUC undertake the review of the net metering requirement.

The proposed rule suggested the following changes to net metering begin in January 2017:

In addition, the proposed rule would ensure that existing net metering customer arrangements would be unchanged for a 15-year period.